The premise looks to be using the atmosphere for energy and controlling weather. I'm skeptical, but this looks interesting.

I prefer controlled tornadoes to be a bit closer than 100km 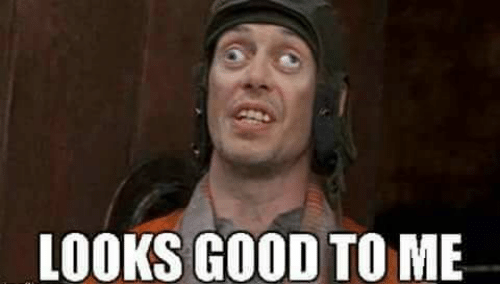 Don't smell right to me. Even if they are onto something, they're doing a terrible job explaining it. I have severe doubts about any scientific venture that someone can't explain.
Reactions: Quincy Vagell, Ben Holcomb, JohnHuntington and 1 other person

I am quite skeptical

He has to prove to me and himself. ALLOT to prove!...

This pops up here every few years. See also Man-Made Tornadoes Powering the Future and Via Slashdot: "Artificial Tornadoes"

"There's a lot of naysayers on anything that hasn't been demonstrated yet." Hmm! Here's a video profile: How to Build a Tornado
Reactions: Jeff Duda

Thanks for finding that video, James. I watched it and it was pretty easy to find a fatal flaw in his entire theory: it takes energy to create the vortex that he uses to produce power...so...yeah...

If anyone wants to show that this theory is viable in any way, they need to calculate an energy budget. Only if you can show that the amount of energy you can harness from the output of this process exceeds the amount of energy necessary to begin the process will this method have any practical merit. Otherwise it's just another example of a clever idea that didn't work. As this idea appears to rely solely on physical changes (that must be pre-generated rather than being extant) rather than chemical changes, I suspect a budget analysis would show this method is not viable.
Reactions: William Spencer and Timothy Schaffer

This reminds me of the cartoon of the fan plugged into the wind turbine, with the fan pointed at the turbine to create wind.

Seriously though, the guy at least is acknowledging that renewable energy is not free and infinite or without consequence as treated by mainstream media and most people. He has no real basis behind the suggested idea though.

Taken to the detail level, I have yet to see one of these ideas hold up to the 1st and 2nd laws of thermodynamics. Until the full mechanism for an open system of energy collection is described this remains pseudoscience or outright fantasy. Weather control, thermals, updrafts, vortex, whatever you call it is hardly going to be a 'free lunch' , even were it possible.

It is shocking to me that finite sources of kinetic, thermal, or photoelectric energy are treated as infinite potential. I strongly suspect that enough deployment of so-called renewable energy sources could have dire consequences or disturbances to the planet. Careful balance is the key while we continue to learn how everything works together and disturb it as little as possible.

What is never considered, that is abundant and clean and already well understood, is nuclear. We are so scared of it because of the terrible reactor designs and operation practices of the past, when in fact many molten salt reactors, pebble bed fuels, and modern designs are inherently safe against a total loss of coolant, power, control, etc. and self stabilize and stop reacting in the absence of any kind of controls. Very few inherently safe designs are in operation, but the designs exist. In over 60 years, there has been only one widespread dispersal of radiation at a nuclear plant and that plant had a terrible design and worse operational safety. With more focus and money, we could be learning to develop thorium or similar fuels where most waste can be reprocessed as more fuel.
Reactions: Marc R. O'Leary, TJKLECKNER, Michael Norris and 2 others

I saw a great documentary about a building powered by something like this - it was hosted by The Rock, and was called Skyscraper. It didn't work out as planned, it seems...
Reactions: Ben Holcomb

I wouldn't put this in the same category as proven renewable energy sources. I'm fairly certain we'd have a very long way to go before concerning ourselves over dire consequences from over-deployment vs our existing fleet of conventional energy sources. The party most afraid of nuclear are the Investors needed to build them. In the US the lifetime cost of the big plants is higher than other renewable sources.

There are more technical details about the vortex engine here, including what looks like an energy budget near the end: http://vortexengine.ca/Publications/Technical_Brochure_LM3.pdf
Reactions: Jeff Duda

IMO...this is the plot to a Sci-Fi movie, where the tornado plant goes haywire and starts spitting out tornadoes willy nilly but the woman scientist and her estranged ex husband team up to save the world, all while falling back in love.

James Hammett said:
There are more technical details about the vortex engine here, including what looks like an energy budget near the end: http://vortexengine.ca/Publications/Technical_Brochure_LM3.pdf
Click to expand...

Thank you for continuing to uncover these sources. I perused the document and still see a lot of handwaviness and incompleteness on all equations. On page 5 it appears there is a diagram depicting one of these power generating vortices that is 10 km tall (outside of any infrastructure)...