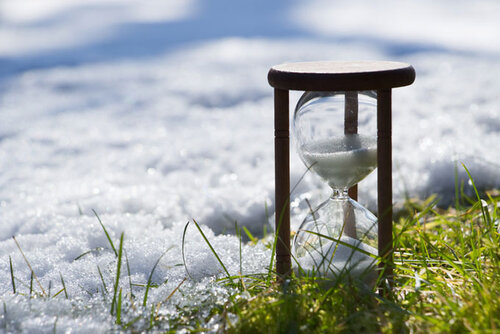 ​
NASA data indicate that 18 of the 19 hottest years on record have been observed since 2000.

ITEM: January 2019’s polar vortex broke or tied 340 Midwestern records for extreme cold in just two days – January 30 and 31 – as temperatures plunged to 30 below, 40 below, and even colder.

ITEM: Earth as of the start of April 2019 had experienced 411 consecutive months warmer than the global average, so no individual born after 1984 has experienced during his or her lifetime a month considered cooler than the historical norm.

All of which, and much more, raises some interesting questions:
Frances Moore, assistant professor of environmental science and policy at the University of California, Davis, and colleagues set out to answer these questions using what may seem like a fairly unconventional tool: Twitter. While this social media tool may seem ideal for keeping up with pop culture shenanigans, it’s become an increasingly important research tool for studying people’s perceptions about a wide array of issues and topics, including climate change.

Moore’s study, published in PNAS in February, found people base their perceptions of normal weather patterns on a two- to eight-year span of time – a short timeframe that can distort perceptions of the effects of climate change. Moore and her colleagues expressed concern about the “boiling frog” effect – accepting as normal a gradually more hostile environment rather than choosing to correct this environment – one they would have avoided if they knew what was truly happening.

Steve Miller said:
Moore’s study, published in PNAS in February, found people base their perceptions of normal weather patterns on a two- to eight-year span of time – a short timeframe that can distort perceptions of the effects of climate change.
Click to expand...

Key point here. Remember when Florida went over 10 straight years without a major hurricane landfall? I feel as if there was a lot of complacency in an area that wasn't hit for such a long period of time.

Tornado frequency has largely been down in the U.S. since 2013 and this is likely a short span of time that is bound to end, probably soon, unless climate change will have an adverse effect. I've only lived in Oklahoma for a few years, but I know that in some ways, part of the community (general public, generally, not weather enthusiasts) have become a bit complacent. Although there have been a few tornado events, there hasn't been anything really major since 2013.

Not to go off on a tangent, but I also wonder if hype/social media/etc. is desensitizing a segment of the population as well. I can't tell you how many times in just the past few years that some of my friends, other acquaintances and business associates near Oklahoma City have been on edge due to a severe weather threat. Has it always been like this in Oklahoma? I don't think so. Especially considering that there have not been many significant threats in recent years.

Back to climate change, I do agree that overall, the general public has a short-term view of what's typical in terms of weather and that can be misleading.

I would like to challenge:
If extremes keep recurring – as they seem to be doing – will people at some point simply stop paying attention?

It depends what we mean by extreme. If temperatures keep gradually getting warmer, then yes, temperature by itself may not be all that impactful to most. However, if we were to see more and more hurricanes make landfall at higher latitudes, for example, then I think it would be nearly impossible for the locals to not be aware of such changes. An average summer high of 90F vs. 85F may not be a big change, but seeing a hurricane every five years on average, instead of 20-30, for example, would be a much different change. Other changes, such as wildlife and vegetation, would be difficult to ignore.

I'll go back to the hurricane analogy. It's easier to dismiss a warmer temperature, than it is to dismiss a clear increase in frequency of devastating storms. Combine this with sea-level rise and an increase in major coastal flooding events and there's little doubt that you would eventually see people move away from those locations.

That being said, before I stray too far from the point at hand, avoiding climate change (like moving away from the coast) is completely different than actually addressing it to try to slow down its change/effects.
Reactions: Jeff House, Jenn Staib, Paul Lemery and 1 other person

Interesting article.
A couple of my personal thoughts on this are:
* People get used to it (be it colder/warmer, or more/less rain) - or as they say it becomes the 'new normal'
* Some people get bored with complaining about(or hearing about) the weather if the same thing keeps happening.
Reactions: Steve Miller

The growing frequency of the national media exploiting peoples fears when it comes to a significant weather event. Will it desensitize people?

The answer is, yes. It will dull people's awareness. Just look at school shootings. The nation was shocked when one student was shot and killed at a school. Now, it is sadly almost background noise.

Some of the lack of people paying attention may be because of some of the more aggressive predictions haven’t come true making people leery of further predictions. People will default to what they see in a relatively short period of time rather than weather trends over many years. By Javier Here, for the first time in public, is Javier’s entire collection of massive, “consensus” climate science prediction failures. This collection is carefully selected from…