June 6, 2014, was a classic late spring upslope/NW flow setup over portions of the western high plains and S. Central plains of the CONUS. This day was defined by many discrete supercells progressing SE off the higher elevation of E. CO, E. NM, E. WY, and NE panhandle. As these storms gradually moved eastward they produced brief and periodic tornadoes, Large hail, and severe winds within their life span before growing upscale into a QLCS. A notable aspect of this event included the very wide swath of tornado and severe reports (from N. Nebraska to E.C. NM). 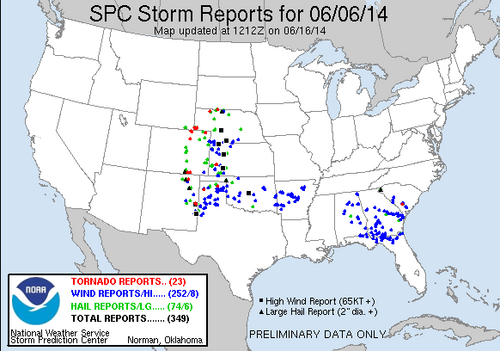 At the surface, seasonable thermodynamics were in place for late spring/early summer with dewpoints ranging in the mid/upper 50s to mid-60s. These dewpoints combined with sfc temperatures in the upper 70s/low 80s and cold upper levels allowed for moderate to extreme sfc CAPE values across the risk area. sfc CAPE values varied from 2000-4000j/kg which supported confined pockets of robust vertical motion. A weak lee surface low was positioned in eastern NM and SE CO, which permitted backed surface flow and adequate maritime advection. In conjunction with a strongly backed upslope sfc flow regime, rich boundary layer moisture was wedged all the way against the continental divide. A weak outflow boundary from prior convection was positioned in the TX panhandle, which aided in backed sfc winds and enhanced low-level shear. To the north of the sfc cyclone, a cool/stationary front slugged to the south providing additional convergence and shear. A weak dryline was also present in SE NM separating extremely hot and continental air (temps in the upper 90s and low 100s, and dewpoints in the 30s-40s) with a warm and relatively humid air mass to the east. Surface winds intersected higher elevation areas of the Sangre de Cristo Mnts, Raton Mesa/black Mesa at sharp to a perpendicular angle that served as a prominent orographic lifting mechanism. Typical of early meteorological summer in the high plains, a prevalent cap was in place for most of the day with MLCIHN values in the -400s J/kg. Despite the strong capping inversion, diurnal heating and lift contributed to the minor erosion of the cap, allowing for mostly isolated and spread out convection. At 850mb a meridional to southeasterly LLJ abetted heightened low-level shear and warm/moist advection resulting in bounded effective SRH amount upwards of 300m2/s2. A very warm and seasonable air mass at the surface parallel to cold temperatures above permitted steep mid/low-level lapse rates of 7.5+C/km allowing for intense and long-lived updrafts.

Below I will provide prominent photos/videos of 6/6/2014

Happy memories of that day, as I saw 3 tornadoes east of Trinidad, C0. My view was quite different from the video above, as I was on the opposite side. 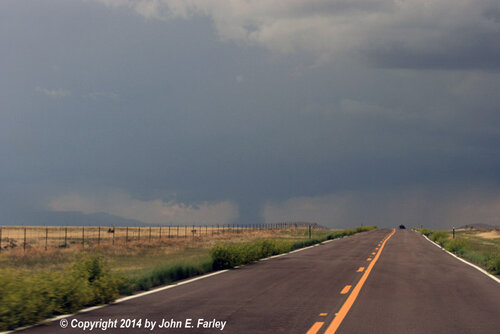 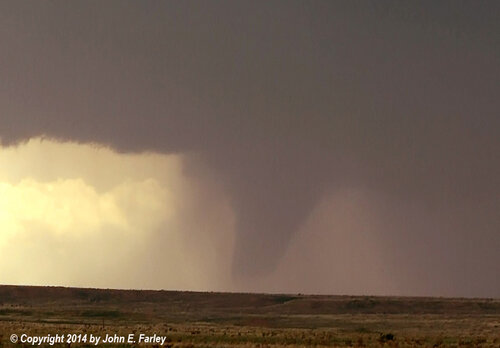 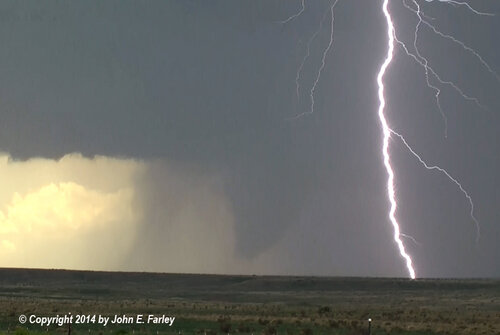