5/16/2016 was a classic upslope/NW flow environment over the western high plains of the CONUS. This day was characterized by isolated, classic/HP hybrid supercells that moved southeast off the higher terrain of NE NM, SE CO, W. OK Panhandle, and NW TX Panhandle. Although this set up originally had numerous limiting factors such as little destabilization, strong capping, prevalent cloud cover, and unidirectional shear above 3km, the environment did eventually recover to produce a family of tornados across the northern TX panhandle into western OK. This specific weather event is very special to me because I witnessed my first tornado in this setup.

On 5/16/2016 a broadened 500mb positively tilted trough existed over portions of the western United States; sending strong westerly flow >= 50 knots over the warm sector in a jet maximum feature. Ahead of the parent long-wave jet depression, multiple apparent shortwaves/kinks in tandem with enhanced upper winds progressed into parts of the TX panhandle and surrounding regions. The Upper low provided very cold air aloft as low as -14 F which in relation to warm air at the sfc contributed to very steep lapse rates nearing 8.5 C/km. A major detrimental aspect of this day included unidirectional wind shear above the 3km layer, which likely was a factor in the high precipitation nature of most of the supercells.

The thermodynamic environment was seasonably impressive with sfc CAPE values in the 1000-3000 J/kg range across the risk area. A surface lee cyclone developed and remained in Eastern NM, and S. CO; providing seasonably moist/ warm air advection in the Panhandles. The position of the surface low also allowed for a strongly backed upslope flow regime into higher elevation areas such as the Raton Mesa and Black mesa areas which acted as a subtle orographic lifting mechanism. This feature likely was a factor in the strong cap erosion, in which storms first formed and were almost confined to this region. Dewpoints were in the low 60s, with temperatures in the upper 70s and low 80s which permitted low LCL heights of 700m. A sharp dryline stood in the Western panhandle which connected to a cold/stationary front on the NM, CO, OK, and KS border. The Dryline and stationary boundaries linked together to created a triple point in NE NM and NW TX panhandle that enhanced localized low-level lift. To the west of the dryline, a very hot and dry continental air mass was in place with temperatures in the mid-80s to lower 90s and dewpoints within the 30s. At 850mb a backed to meridional LLJ was apparent which contributed to amplified low-level shear, with 3km helicity in the 100-200 m2/s2 range. Very cold air aloft in conjunction with the impressive thermodynamic environment at ground level lead to very steep mid to low-level lapse rates in a surplus of 8.0 C/km. In the morning hours, a broad stratiform cloud deck blanketed the risk area, which hampered the destabilization process for most of the day, but diurnal heating in the latter-day allowed the clouds to dissipate and atmosphere to recover. Upper-Level winds were perpendicular to the dryline which likely promoted isolated storm modes.

(above) 23z convection began to form off the higher terrain of NE NM and the W. OK Panhandle at the triple point; the storms moved off slowly to the SE with periodic tornados.

I like the days you are choosing for these analyses because you keep picking ones on which I had very good chases. On this day, I got a tornado near Texline, TX, a funnel cloud near Dalhart, TX and a spectacular LP supercell near Hartley, TX, which later became a monster that trashed some chaser cars with huge hail. Luckily, I was able to stay ahead of the big hail. 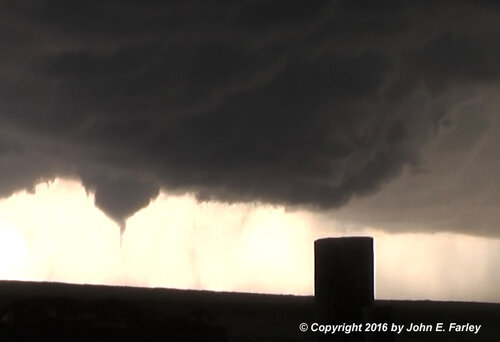 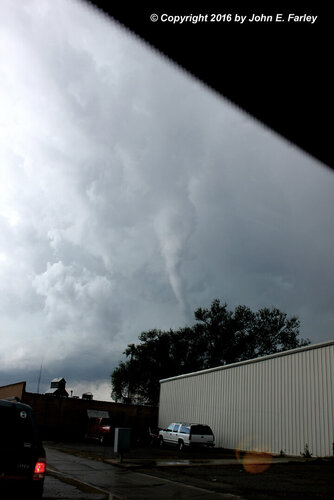 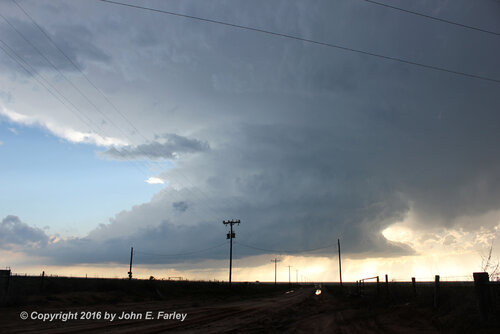