Just trying to get an idea of environmental conditions around the storms in central Oklahoma overnight, I happened to click upon a strange sounding on PivotalWeather: 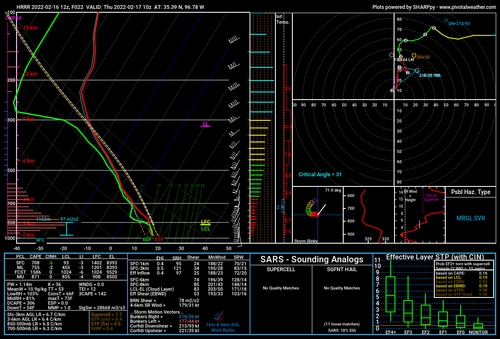 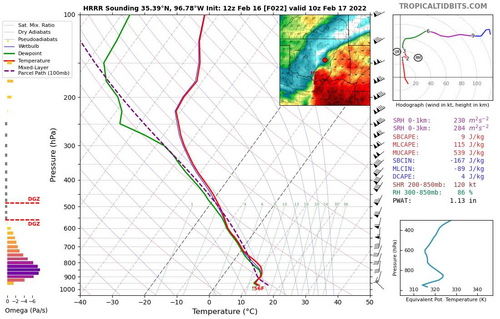 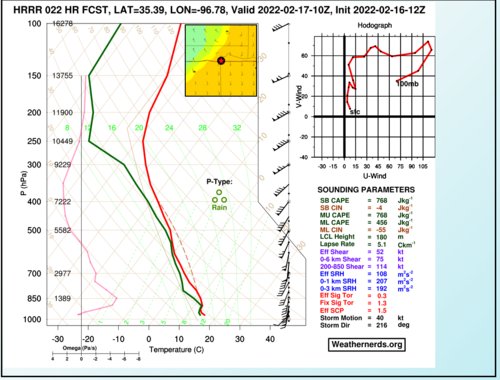 But they all show notable differences in the sounding thermodynamics and wind field for what appears to be the same lat/lon/run/fhour, unless I made a mistake somewhere? And being the same to the hundredth of degree, that's only ~ 1 km, so generally would think the same grid point. I tried to search up on the topic, but only found another anomalous supersaturation sounding from a Twitter post in 2019:
https://twitter.com/i/web/status/1130301090107289601
So the interest becomes... is there significant difference in how these soundings are generated? Is there major extrapolation taking place that can cause such supersaturation? Is it actually realistic that strong downdrafts/sharp boundaries can produce such soundings in real life (doubting it??), or at least affect the models locally so that they have nonrealities, at least in extrapolation?

The point I chose was ironically intended to be an environmental sounding, well out ahead of the convection at the fhour: 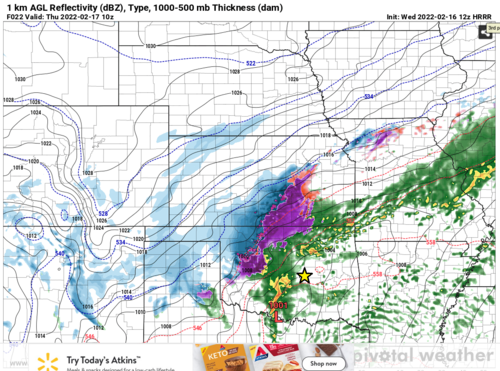 Any input on these oddities?

This has something to do with post-processing and spatial interpolation of output HRRR fields. We have seen this behavior before, but it does not happen in the WRF output. So, somewhere between WRF output and dissemination, some kind of interpolation or correction is causing the anomaly.
Reactions: Todd Lemery, Randy Jennings and Shane Young

Maybe even a cosmic ray strike/glitch?