Snow rollers on my car - twice in a week!

Snow rollers are a somewhat rare weather phenomenon - they need the right combination of wet packable snow and wind. Most of the pictures I have seen of them have been from open fields, although I have never seen them in that setting. However, I have had them on my car twice in the last couple weeks, on two days less than a week apart. First time was Monday morning the 19th at our hotel near the Denver airport - but since people were waiting for me to go to breakfast, I just swept them off along with the rest of the snow. Then, amazingly, I got them on my car again the following Friday while skiing at Wolf Creek. This time, I got pictures! Both times, snow falling with wind blowing hard from just the right direction. They formed with snow rolling and packing as it rolled downward on my windshield to the wipers. I suppose the slope of my windshield helped along with the wind and packable snow, but I don't ever recall having them on my car before. And now twice in less than a week! 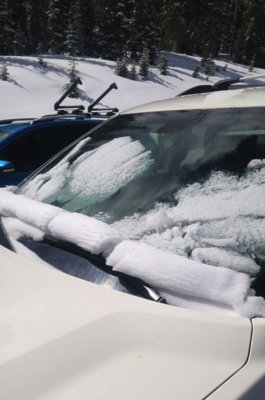 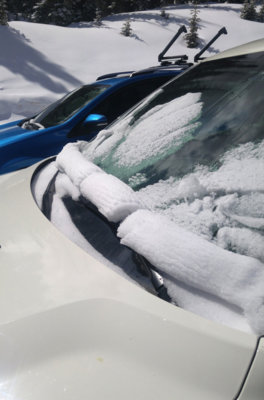 I have had this phenomenon a few times, but this is simple chance since I live in Nebraska and my truck is always parked outside.
Reactions: John Farley
You must log in or register to reply here.
Share:
Facebook Twitter Reddit Email Link
Top Bottom