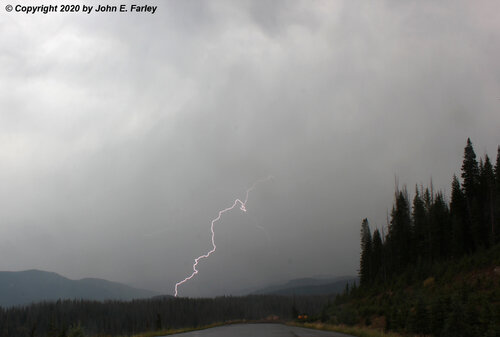 This was my first-ever capture with a lightning trigger of a bolt from a storm associated with winter precipitation, and also my earliest-in-the-season experience of thundersnow.

The next picture was taken about a mile away, near the end of the storm two days later: 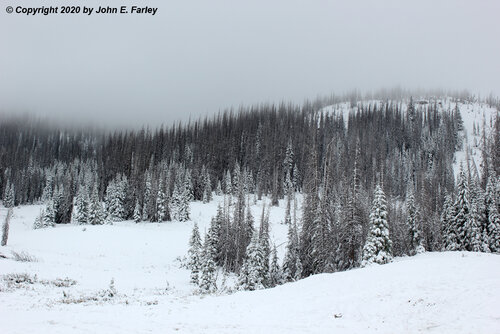 In the morning before I took this picture at Wolf Creek Pass, Wolf Creek Ski Area reported 13 inches of snow. Some more fell during the day, and there was intermittent light to occasionally brief moderate snow while I was up there in the afternoon, but also some compaction so probably not quite that much when I was there, but a beautiful winter scene while it was still summer by the calendar.

I have written up a full report, including additional pictures, a short thundersnow/graupel video, and some discussion of the weather setup and the impacts of the storm. You can access it at:

---------
I made a point to go out & get myself some videos before/during/after this little storm.
I ended up getting somewhere around 4-5" of snow from it...
Reactions: John Farley
You must log in or register to reply here.
Share:
Facebook Twitter Reddit Email Link
Top Bottom