I have been wondering for years why there are numerous relatively large gaps (holes) in NWS radar coverage, particularly in the western US. Granted they might not get a lot of severe weather in these locations, but they do get a lot of dangerous winter precipitation that affects lots of cross-country truck and auto traffic. I drive a truck OTR and spend lots of time in these particular areas, and when the weather turns bad, being able to see precipitation is critical information to make a "go or wait" decision

Some areas that come to mind are where massive amounts of truck commerce passes ...
If just these 3 holes were covered, it would greatly enhance safety for a lot of people, especially in winter months. Are radar sites that expensive that the most wealthiest nation in the world can't add 3 new radar sites? Am I being unreasonable?

Another area perhaps is the Big Bend area (US 90 around Alpine), but granted there is not a lot of traffic in this region but I have chased in Big Bend and accessing Mexican radar sites is next to impossible

It comes down to money and priorities of Congress. Someone asked a NWS WCM thIs question at a recent event I was at and I want to say she said they cost over $2M each excluding site costs. Radar coverage in areas with sparse populations and low risks of severe weather just aren't a prority to Congres (not that high risk/population areas fare much better). Another issue is beam blockage from mountains.

One other thought - there are reports that the existing radars are in need of over $16 M in repairs.

Topography is not really an issue in the areas noted. There are easy-to-access "high spots" that could easily have 360 degree line of sight on the lower tilts for countless miles because it's all high-plains and high-desert geography with no "mountain ranges" to get in the way. Even smaller units would be workable and better than nothing

North Dakota has a couple of “secret” radars to make up some of the gaps, including one in Bowman. I suspect they’re mainly used for agricultural reasons, but they serve other purposes as well.

There are several other noteworthy radar gaps that come to mind, but unfortunately, due to cost and lack of interest outside of the weather community, there will probably be little to nothing due to improve radar coverage in these areas.

I think a network of webcams along the highways (which exist in many areas out there) would provide a lot of value at a MUCH cheaper cost...

rdale said:
I think a network of webcams along the highways (which exist in many areas out there) would provide a lot of value at a MUCH cheaper cost...
Click to expand...

Well, these are generally available in most critical areas but do little good at night or when frozen over and don't really tell you what's coming or going in a given area in terms of heavier precipitation events.

This is currently near Hays, Kansas. I can tell it's bad but this tells me nothing about is it blowing snow or snowfall, and is a heavier snowfall line about to approach. However HERE I have radar, which I don't in the areas mentioned, and I can tell it's going to get much worse before it gets better, especially if I'm heading east across I-70 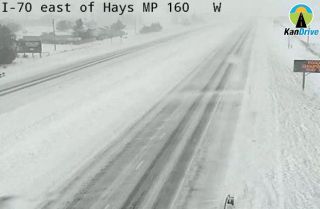 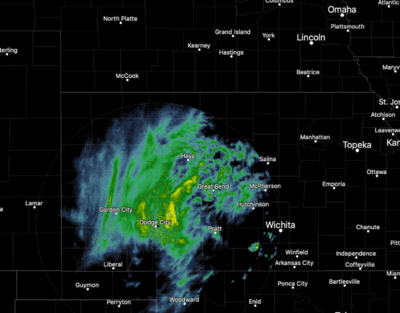 Especially in Fall and Spring, snow events are often short lived and melt off the roads in a few hours but can be treacherous in the mean time. Seeing a significant squall line pass through [on radar] 50 miles ahead, I'd have enough sense to park and take a 2 hour break, as it is, drivers are 'flying in the dark" in these areas that are known for frequent bouts of winter weather, 8 months out of the year.

Plus, plow crews are not able to properly plan for and position equipment when they have no idea what's coming, until it's happened.

For instance in these areas noted, it can be snowing at 3+ inch/hr rates, and radar over the area is mostly clueless to this event. Google Maps with traffic layer turned on is all we have to rely on for road conditions that may exist ahead, and this is purely an "after the fact" reaction and there's no way to know if conditions may soon improve, stay the same, or get worse.

But sometimes the US or sectional composite radar at least is better than nothing to get a broader view where that sometimes speaks volumes, but sometimes it doesn't for your little corner of the world.
Last edited: Feb 23, 2019
You must log in or register to reply here.
Share:
Facebook Twitter Reddit Email Link
Top Bottom