April 30, 2012 near Medford, OK. My only real 0% tornado day but they put a 2 or 5 later in the day. Most were in the 5% tornado risk in the Texas Panhandle after a good day the night before near Lubbock. I texted my boss at 10pm in Lubbock the night previous and asked him if I could take the day off Monday the 30th, and he said nope, so I drove home. Turned out to be a good thing, as I noticed the outflow boundary/effective warm front from the flooding rains the night before in Northern Oklahoma and went up after work.
Reactions: James Wilson

June 23, 2018 near Mitchell, SD. My family was on a trip out the Black Hills and we camped at the KOA in Mitchell. There was a 2% risk out, and some typical summer thunderheads along I-90. I didn't feel any need to pay any additional attention to the weather, such as peeking at radar. As we're setting up the tent at the campground, there in the distance was a wall cloud and a funnel was coming down. It was a ridiculous set of circumstances... looking in the right direction though a narrow treeless view at the right moment. To top it off I think it was the only 2018 tornado I had.

You can see a little nub just to the left of the pole and under the cloud base. 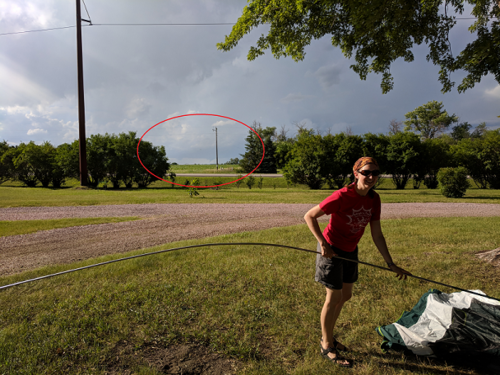 I grabbed the good camera and got this with the 200mm zoom, cropped and contrast enhanced. 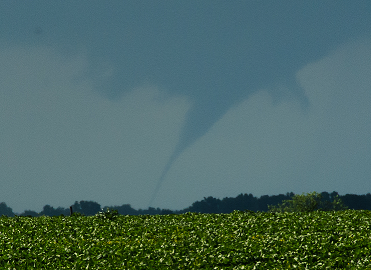 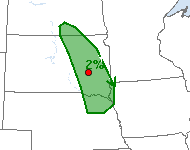 I believe the official report put the tornado about 13 miles away.
Reactions: Mark Gressman Jr, S Klein, Andy Wehrle and 7 others

I saw a cell developing from home to the North, and followed it North-Then East. 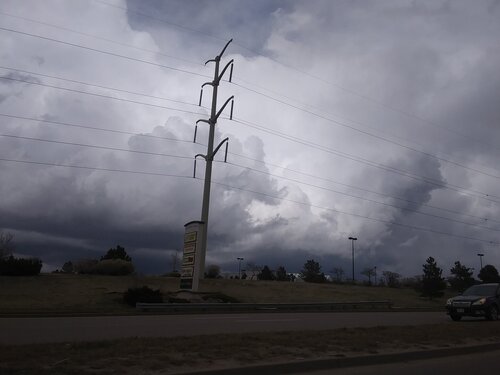 I decided to fill the gas tank just in case I went decently far, I just wanted to take pictures of such a beautiful storm. I picked up a friend just outside of town, and we started heading East. Finally it started to pour blinding rain and small hail, so we decided to go back towards the West. While driving West I noticed a brief funnel outside of my window, so we pulled over on street that went North to get off of the highway and got to see a couple more funnels. 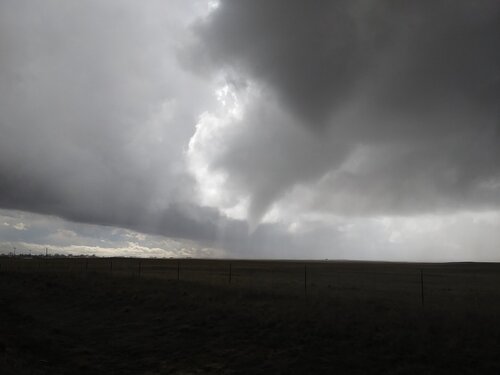 The one you can see in the background eventually touched down.
And it was the only tornado in the country that day! 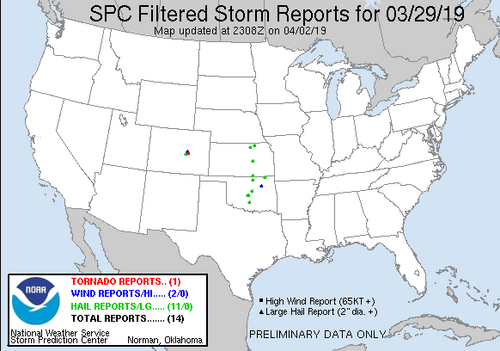 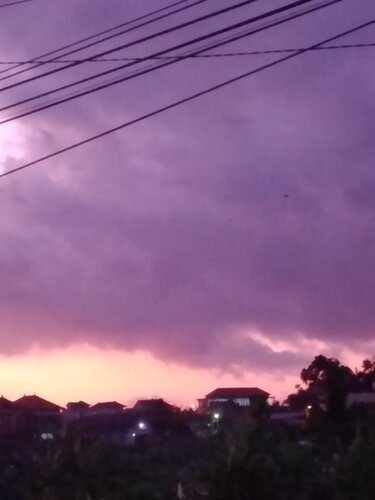 it attempted to produce tornado but failed, but atleast i captured some nice storms. September 5th was a bust, few storms did formed but dissipated quickly. But then at September 6th 2020 was another successful day since i captured a nice storms with some possible funnels or maybe tornadoes but it's hard to tell since it's little bit far away. 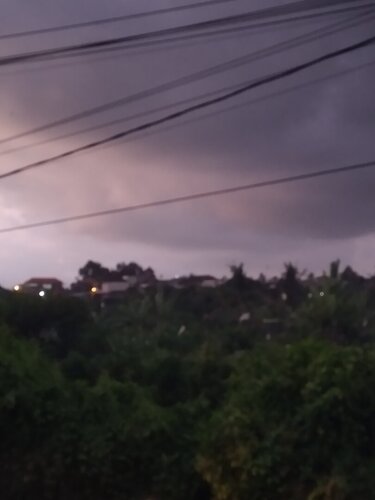 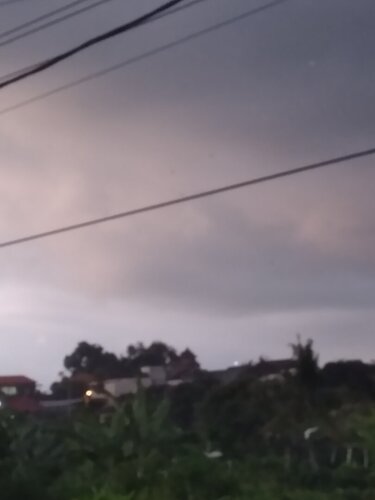 I think this is funnel cloud or wall cloud or even tornado since it was hard to tell, i take the photo of the lowering took a cone shape and i think it's rotating. The storm also had nice clear slot 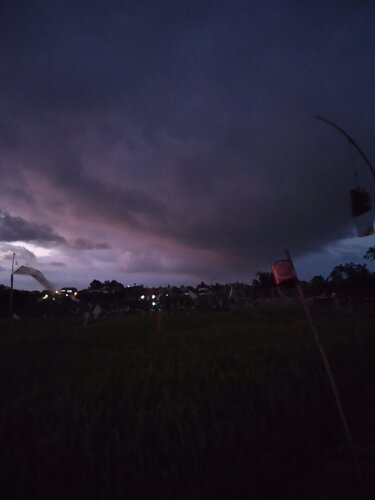 It was the best storm chase day and i captured a lot of images of the storm. But yeah i forgot this one : 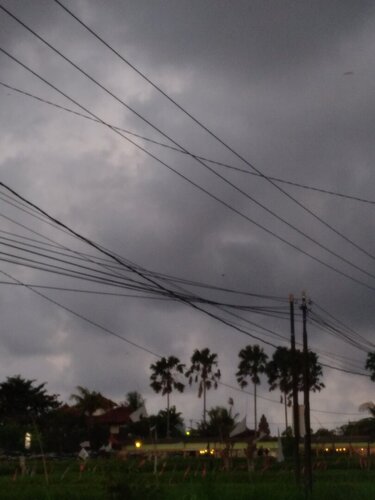 Alvaro ivan said:
At September 4th and 6th 2020 would be a unexpected chsse since i captured storms on 2 different day while september 5th was bust. At September 4th 2020, i captured some storms with possible wall clouds. View attachment 20897 it attempted to produce tornado but failed, but atleast i captured some nice storms. September 5th was a bust, few storms did formed but dissipated quickly. But then at September 6th 2020 was another successful day since i captured a nice storms with some possible funnels or maybe tornadoes but it's hard to tell since it's little bit far away. View attachment 20898 The storm also took some supercell characteristic in visual since i did not use radar at the time i took photos View attachment 20899 I think this is funnel cloud or wall cloud or even tornado since it was hard to tell, i take the photo of the lowering took a cone shape and i think it's rotating. The storm also had nice clear slot View attachment 20900 It was the best storm chase day and i captured a lot of images of the storm. But yeah i forgot this one : View attachment 20901 This feature looks like a funnel but i can't say for sure, but i'm 90% sure that this is tornado or funnel cloud or even suspicious lowering and 10% cloud structure. Could this feature a tornado or funnel cloud or even a scud cloud.
Click to expand...

Oh i forgot this one, this one looks convincing to me since it looks like a wedge tornado but i cannot say for sure yet since i was too far away. 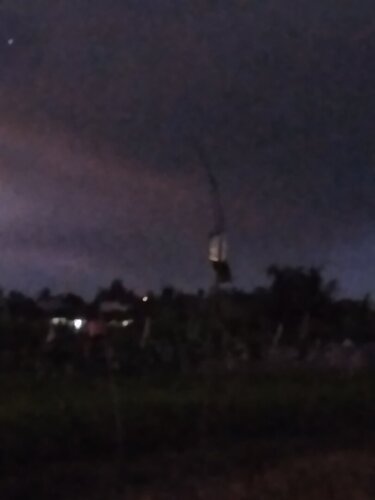 Now this is one of my most unexpectedly successful chases, it was during June 11, 2022 in Tabanan, Bali where i caught this funnel cloud that descended probably halfway to the ground although i can't see the sign for the possible ground circulation as my view was a bit obstructed by building so the only thing that i can see was the top and middle part of the funnel cloud itself. I think i'm the only one who saw it, here is the photo at it's mature stage : 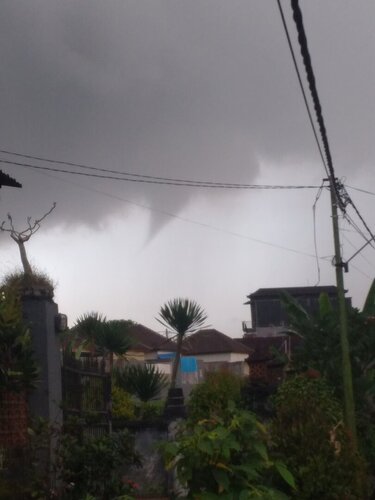 I have a couple others to add to this list from this year on July 8, 2022. There was no 2% out, barely a general thunderstorm risk, we had a LP supercell go up on a mesoscale low in West Central IL and produce a photogenic tornado that sat stationary for several minutes before dissipating. It was rated EF-0 due to just hitting bean/corn fields and sitting largely stationary. Here are some photographs I took: 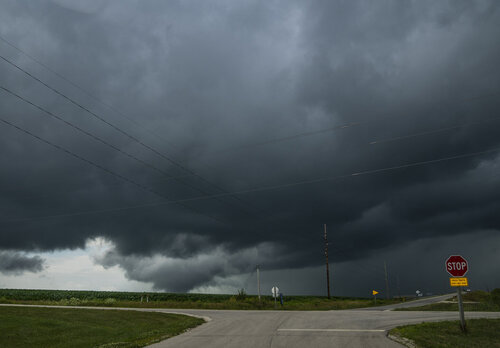 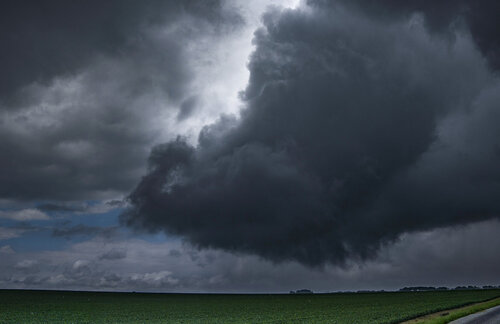 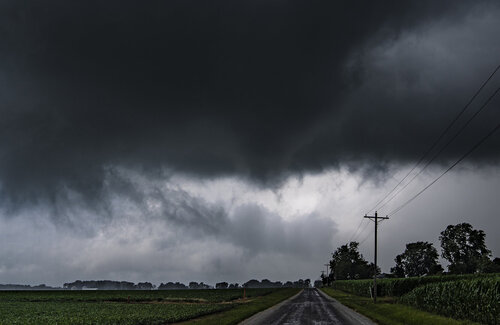 Funnel cloud forms to my due north and produces a cloud of tree and crop debris as it crosses the county road I'm on. 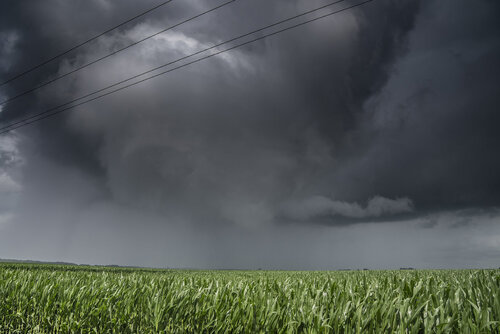 The original funnel/tornado lifted and is getting ready to plant to my E. I believe there is still ground circulation here 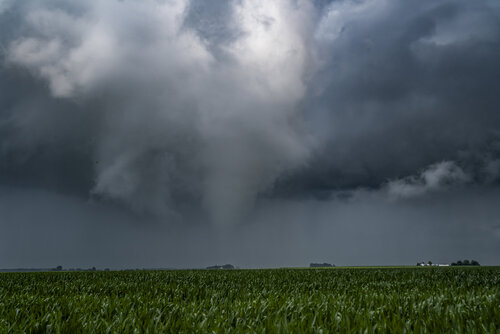 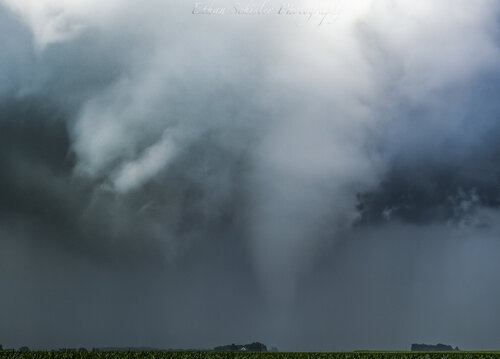 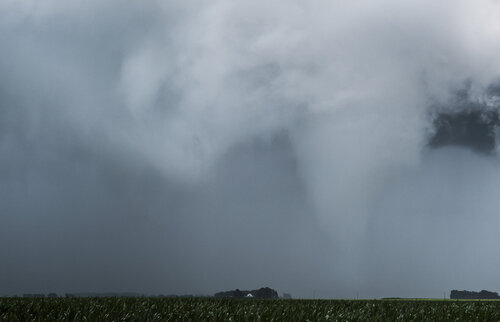 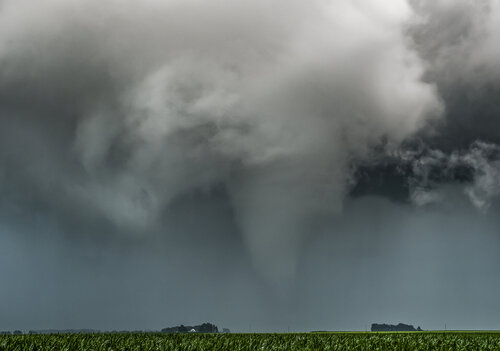 Tornado kicking up crop debris and ropes out shortly after this to my ESE before getting to US-67.

Tornado outlook that morning, didn't change much throughout the day. The only reason I was out, was I was grabbing lunch and get ready to head out to my birding spot and shoot photos for the afternoon. That ended up being a bust, however the storms/surprise tornadoes were not
Reactions: James Wilson, Todd Lemery and Mark Gressman Jr

Another one to add from this year that was pretty noteworthy. I intercepted a high end EF-1 cone tornado a few miles from my house after a long jog through the plains the previous weekend (Memorial Day 2022). We chased a 15% hatched the day before that didn't do much and a cap bust the day before that. I came home that night and was out shooting lightning when I noticed velocity going up on radar and a tornado warning was issued. I bolted due south toward Fandon, IL and then E toward Industry, IL where a tornado rapidly developed and tracked E damaging numerous farms earning a high end EF1 (bordering EF2) rating due to the damage it inflicted. I rattled some shots off and came away with a few keepers, here is my favorite image of that tornado. I believe I am the only person to have gotten imagery of it: 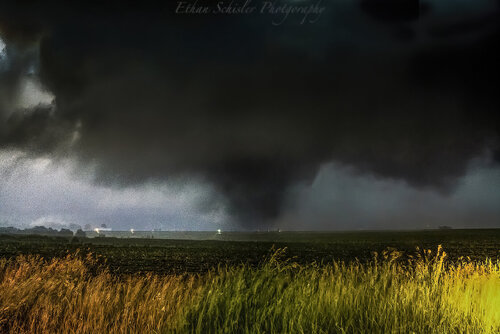 Once again, the tornado itself track JUST outside the 2% region. I wasn't really expecting to chase this day, but it was a nice end to my chase trip getting a tornado so close to home again. I saw several landspouts on May 13th as well in the same area that was not outlined in a 2% area either for tornadoes (some were photogenic). Goes to show that the higher end days aren't always the best in terms of quality and what you come home with.
Reactions: James Wilson, Todd Lemery, Mark Gressman Jr and 1 other person
You must log in or register to reply here.
Share:
Facebook Twitter Reddit Email Link
Top Bottom