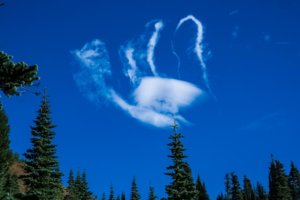 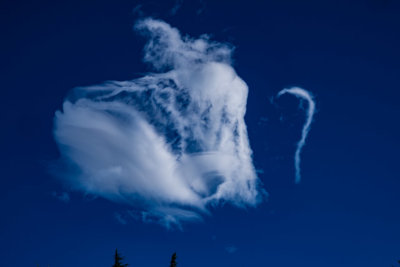 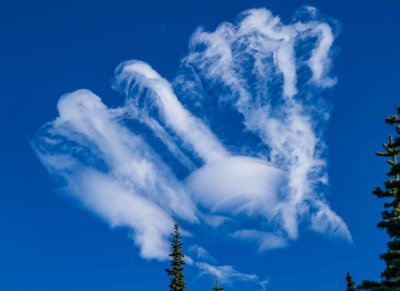 I've never given lenticular clouds much thought before, moist, stable air runs into a huge mountain, rises, cools to its dew point, cloud forms and stays in place until conditions change.

Yesterday I went to Paradise Mt. Rainier, about a 2 hour drive from my house near Seattle.

As I time lapsed the small isolated lenticular cloud just to the east of the mountain, I noticed that in the updrafts as the lenticular maintained its shape, that there were vortices embedded and some became rather defined and isolated. This was especially noticeable as the cloud was breaking down and struggling to maintain the classic lenticular look.

I suppose it makes sense as the air is forced over the huge mountain there is a void that would be filled with updrafts in the low pressure created by the flow.

Ill post a couple pictures here, but it gave me a new fascination with Lenticular clouds.
Reactions: Jeff Duda, ScottCurry, MClarkson and 2 others

Thats awesome! Nice catch with those rotor-ish clouds. Can I get permission to use one of those images in an aviation weather class I occasionally give?

MClarkson said:
Thats awesome! Nice catch with those rotor-ish clouds. Can I get permission to use one of those images in an aviation weather class I occasionally give?
Click to expand...

Yep, have at it

Check this out too, it was right before the vortices really picked up...

Make sure to run it in YouTube so you get the best definition.


At about 15 seconds you can see some small vortices spin in the upper part of the cloud, and the general rotation of the upper part as well.
Reactions: Jeff Duda, Mike Marz, MClarkson and 1 other person
You must log in or register to reply here.
Share:
Facebook Twitter Reddit Email Link
Top Bottom