While out chasing back on Wednesday, I was curious about apps that would work on an iPhone for taking pictures of lightning. I stumbled across an app called iCamLightning and it was only like $2, I remember it was dirt cheap, so went ahead and purchased it. I was able to try it out a few hours later when storms began to roll towards my location and I have to admit, I was impressed with the results. This was only one of multiple strikes it captured. What impressed me was the clarity and how sharp the pictures were.

Obviously will never replace using DSLR to take lightning shots, but a pretty nice tool to have if you just want to do some quick shots. 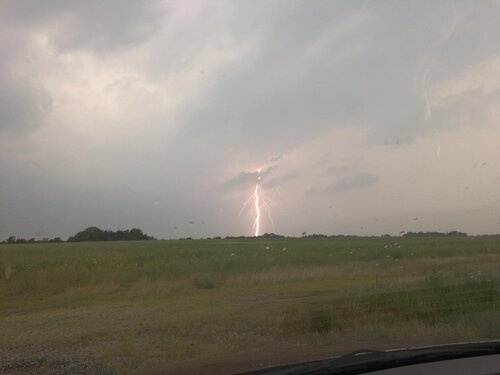