I’ve thought about, but never chased East of Texas at all. The trees and generally fast moving storms have kept me from chasing down there. Like most years, the early season stuff centers around the Dixie states. Would it be worth my efforts to drive down there this time of year or would I regret putting in the time?

Cons: road network is jumbled (non-gridded) and sparse in most spots, lots of tall trees lining the roads, storms tend to be more HP/less classic. Rarely any dryline.

Pros: there are some clear spots to get views of storms here and there (if you can call that a "pro"). The South has action during southern stream jet regimes when there's nothing to chase anywhere else. It's close to the Gulf, so moisture is almost never an issue.

My take is that I'm not squandering any PTO or budget earmarked for Plains chasing on Dixie unless I have an abundance of both in a season.
Reactions: Todd Lemery

It depends. If you're scheduling time off in advance, meaning it's before seeing a storm in the short/medium-range forecasts, it's really not worth it. Their season can be all over the place, meaning it's not very consistent. In May in the Plains, you're usually pretty well off, especially during the latter part of the month. In April, Dixie can light up, but it's also not uncommon for a lot of down time. If you see a sequence or outbreak coming up, then that's a different story.

As @Dan Robinson said, storms are generally more HP/less classic here. Western parts of Dixie, from southern Missouri into Arkansas and northeastern Texas can see some dryline events and/or more LPish storms, but as I'll mention below, this area is around the Ozarks and that is some intensely challenging chase territory.

So, even if you have storms, it depends where you go. Areas just on either side of the Mississippi River are not bad for chasing (terrain and road network), including much of eastern Arkansas, northwestern Mississippi and southeastern Missouri. The trouble here is that your window of opportunity is rarely narrow. Most of Dixie is really awful when it comes to trees and poor road networks, outside of the areas mentioned and a few other spots in southwestern and northeastern Louisiana. Anywhere near the Ozarks is among the worst chase terrain between the Rockies and Appalachians.

With that said, I have had some decent success in Dixie, from mid-March through late April. Most years in Dixie tend to have a higher end (or two) event during the last week of April. It doesn't always happen, but it seems like most years have a vigorous trough swinging through with a good CAPE/shear combination. This is the transition period, as Dixie tornado events (not counting tropical systems) become uncommon after the first week of May, but there is usually substantial instability with any storm system with strong wind profiles that moves into the Mid-South around this time.

If you have flexibility and see a high-end event coming up, long-track tornadoes are as common in Dixie (northern Louisiana into Mississippi/Alabama) as they are in the central Plains. The trade off is that you have more trees, hills and populated areas to factor in, so it's rarely easy to chase there.

Would I ever advise someone take a chasecation in Dixie? No.

Is it worth chasing in Dixie? For a one-off chase or a significant event, it can pay off, but just keep in mind that the obstacles in Dixie mean that you'll have limited visibility, less room for error and generally less photogenic storms than you would expect to see in the Plains.

One of my favorite Dixie chase stories is seeing two significant tornadoes in two different states on the same day, which was one day before my birthday, on February 2nd, 2016. I rarely chase in the winter, but that chase across Mississippi and Alabama was quite memorable.
Reactions: Dan Robinson and Todd Lemery

It's definitely possible to chase Dixie. I can't speak for MS or AL, but I've chased North Carolina, Virginia and Maryland on multiple occasions and have intercepted a few tornadoes and many enjoyable storms. In comparison to the Plains, tornadoes are often less photogenic, more rain-wrapped and short-lived, yet I've encountered some nice tornadoes and storm structure. The trees, usually lower speed limits, and lack of a road grid makes chasing more difficult. I especially hate getting into metropolitan areas because of traffic. These factors make chasing more difficult but not impossible. In Virginia, there are large areas of clearing for agriculture. Areas east of the mountains are generally fairly flat. On the upside, there are no massive chaser and curious local traffic jams. I will occasionally encounter a chaser or two but I have never had my progress impeded by chasers or locals looking at the "tornadee." I wouldn't block out a "chase vacation" top chase in the East or Dixie but would go after opportunities if available. Just temper expectation, allow for some extra caution and absolutely never chase at night unless for distant lightning. 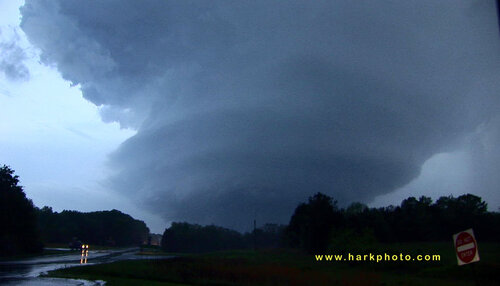 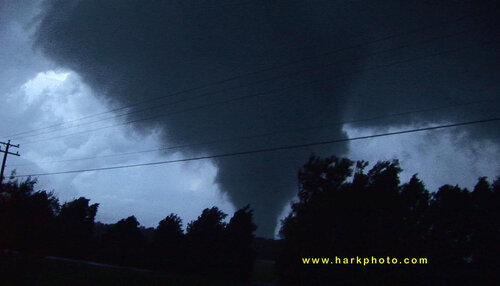 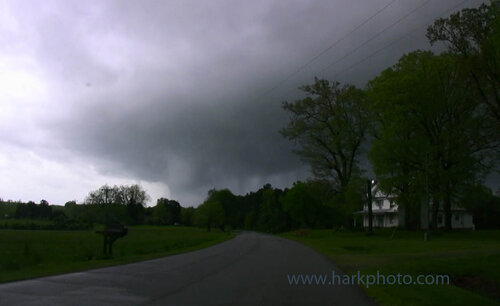 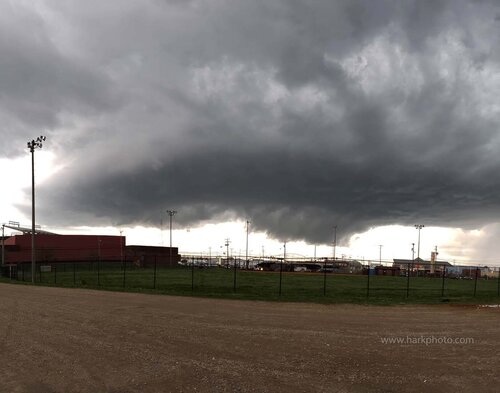 I just had my first chase in east TX and LA and I was surprised how much I could actually see. Everyone made it sound like it was ALL trees. Now not saying there are not there definitely are a lot but there are open spots at least were I was on the 13th as shown by the below tornado. The obvious cons are however the trees as there are times you have a wall of trees around you. I think from my again FIRST chase there that you just have to wait for the most part for the tornado to pass in the road in front of you. Photogenic shots are very hard obviously but you can get results. If I lived closer I would go more and gain knowledge of the terrain and more high spots. Due to living in KC it will have to be high ends events only. Pros the only one I can think of is dews are not a problem lol! 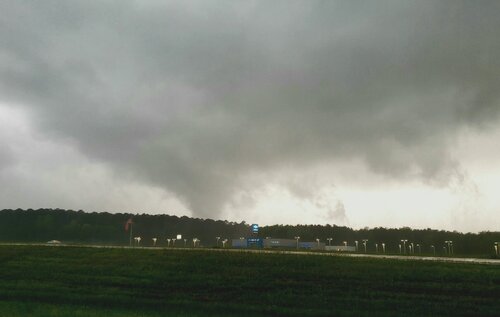 Dixie is just awful. Trust me I live here. When I lived in the Plains I never even considered Dixie. Yes we have clear spots. Yes, we sometimes get long-track cyclical beasts. However they all look like trash.

Dixie is only worth local chasing, never a travel chase. Sure I want tourists to come down here and spend money; but, I have to be honest on this forum. Don't do it for storm chasing.

I don't want to sound negative. I chase Dixie, but only because I live here. It's a nice way to get out before my Great Plains trip. Just can't see coming from the Plains to chase Dixie. It goes the other way around.
Reactions: Todd Lemery

I have no experience chasing in Dixie but even on a Plains chase vacation I don’t venture into the trees of eastern OK, eastern TX or Arkansas. As others have said, it definitely would not be worth scheduling a trip to Dixie, you need to already know a system is coming through, and even then it is usually a “one and done” synoptic scale event, it’s not like the Plains where you get a “day before the day,” a sloshing dryline, or consecutive days of varying mesoscale setups. Having said all that, even with limited visibility, there would probably be something intriguing just to be “on the scene” and be able to say “I was there” for an epic outbreak such as in Alabama in 2011. But the low visibility could also make that very dangerous.

@Quincy Vagell that’s a pretty interesting map, pretty amazing maximum through central MS into the northern half of AL. And I’m surprised to see the apparent maximum in eastern NEB!

@Bill Hark I am assuming all those photos are from the East Coast? Pretty remarkable, especially the corkscrew updraft in the first one. Can you tell us where each one was taken?
Reactions: Todd Lemery and Jeff House

Unless you live in Dixie or are desperate, I don't recommend it. I lived in Mississippi for two years and while I had some okay chases there, I'll probably never chase in Dixie again. Two meteorological factors that I don't think I've seen mentioned yet are that LCLs are typically lower there, which when coupled with the terrain, can make viewing the base of the storm fairly difficult. The second would be that given the season in which Dixie is typically active, storm speeds tend to be a little faster than May and June in the Plains.
Reactions: JamesCaruso, Jeff House and Todd Lemery


Quincy Vagell said:
Is it worth chasing in Dixie? For a one-off chase or a significant event, it can pay off...that chase across Mississippi and Alabama was quite memorable.
Click to expand...

Cullman is a good spot and Sand Mountain looked to be our Moore there for awhile.