This day was one of those days that proves that no matter how accurately you can predict the weather, mother nature does what she wants and can throw a wildcard out there every now and again. A day that wasn't supposed to happen. This illustrates why it is important for spotters to be vigilant, even on remotely un-eventful setups. We had a non risk day, 0% chance for tornadoes. Wasn't expecting anything other than your typical garden variety "thundershowers". Shortly after 4 pm, some pop up showers and thunderstorm developed across central IL. One particular storm in Champaign County went on to throw a surprise wildcard. I had just gotta off work and wasn't expecting much of anything exiting. But figured I'd check out this one cell that rapidly developed on radar as it was on the way home. The storm didn't look promising at all and appeared rather weak and never possessed a warning. However upon getting to the storm, the visual aspect told a much different story. This was a low topped cell that surprisingly had supercell characteristics and features despite its much small size. Even smaller than your typica low topped storms or mini supercells. I even noted some broad rotation. The storm soon went on to produce a nice stout funnel cloud briefly (pictured below) that was observed by myself and three other chasers/spotters in the area. One chaser even reported that this briefly touched down in a field and had it on video though hard to visualize. 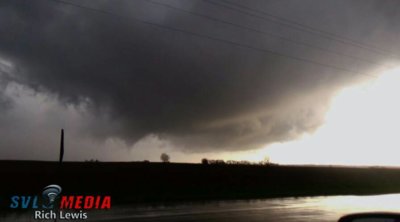 I will add some radar imagery from the exact moment the funnel cloud developed. As you can see, not much to look at really on velocity. More of an extremely minor disturbance or "birdfart" if you will as opposed to strong rotation you would expect to see associated with a well defined funnel cloud. 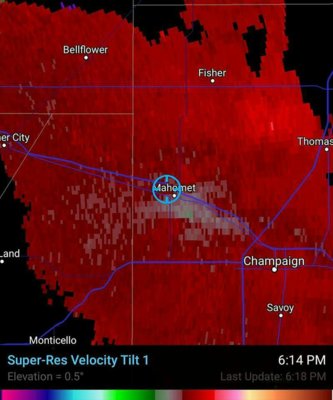 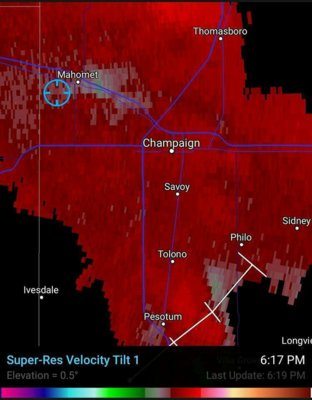 Never the less, this funnel cloud developed and was well over halfway down. Gotta love these "Mesoscale accidents" and these type of situations always perplex me as to how and why they occur during non risk events. Our local NWS was just as surprised and this event shows why it important for spotters to keep an eye on a storm no matter it's severity. This storm had such a low top, I imagine the radar beam was barely able to pick up on the rotation required to produce this funnel, thus the very weak looking velocity scan as this occurred.

Nice write-up of an interesting event. With 'popcorn' showers and storms here in the UK during the late spring and summer, it's not overly unusual to get brief funnels and even tornadoes out of surface-based storms when there is nothing majorly obvious going on with shear/CAPE etc. However, you seem to have got a somewhat better organised storm, so perhaps there was a local boundary or something which it latched onto/crossed, which enhanced, for a short time, the effective shear. We sometimes see that here when storms cross a sea breeze front, for example (not that you have that issue!!).

At about 45 miles from the KILX radar, I wouldn't expect to see strong rotation with such a funnel/tornado. Strong rotation would more likely be seen with a well-developed supercell thunderstorm and associated tornado. This looked to be an ordinary storm cell that may have interacted with a boundary. Without deeper rotation associated with a more intense storm, I wouldn't expect to see any real indication from a radar at that range.
You must log in or register to reply here.
Share:
Facebook Twitter Reddit Email Link
Top Bottom