We might as well get a discussion thread going for Tuesday since it's been quiet here.

Classic upper-level energy currently diving into the NW CONUS will pivot a trough that begins its negatively tilted phase across the southern plains with a split-stream flow. As the upper-level energy begins to approach the western Gulf Coastal plains into the mid-Mississippi Valley a strong area of low pressure looks to develop over eastern KS and gyrate into the mid-Mississippi Valley reaching the I-35 corridor by midday Tuesday. A particularly potent SSW H85 LLJ will coincide with ambient upper-level split stream flow as strong surface flow transports ambient Gulf moisture into the warm sector ahead of the main surface forcing. Models do show an EML sticking around throughout the day until convection looks to erupt across the warm sector closer to the 22-23z timeframe. Ambient mid-level lapse rates of 6-7 C/km, MLCAPE > 1000 J/KG, and forecast vertical and directional shear profiles suggest that the potential for all modes of severe weather are possible, with some higher end tornadic potential not out of the question given deep layer shear profiles, 0-3 SRH AOA 400 m2/s2 and MLCAPE values in excess of 1500 J/KG in some locales. CAMs indicate that eventually the threat congeals into a more linear-based mode late into the period and overnight where the threat of damaging winds and QLCS-type tornadoes becomes the more predominant hazards.
Reactions: Mark Gressman Jr, Matthew E Herbert, Mike Smith and 4 others

I think tomorrow looks like a later show from probably an hour or two before sunset to mostly after dark. I'd probably set up somewhere around Grenada, MS possibly down to Greenwood. Good north to south road option there with the interstate. It looks as though these storms will be moving fairly fast as well. I wouldn't expect the show to get going until 22-23z (4-5pm) which sadly is around sunset this time of year. It looks like storm initiation will begin over Louisiana/Eastern Arkansas/Southwest Mississippi before the wave moves northeast into the evening/overnight.

Another round of severe storms could potentially continue into the early morning/predawn hours given the background CAPE (~1500 J/KG MLCAPE) and kinematics (>70kts bulk shear and 400 ESRH) with shear increasing as the evening goes onward. A long track, intense tornado or two wouldn't shock me given the environment aformentioned (widespread sig tor values over 4 across the warm sector) and relatively uncapped overnight with increasing forcing. This looks like a classic late fall/early winter Dixie Alley type of event. One of those really long evenings they get down there.

Ironically tomorrow is November 29th, which there was a localized outbreak on November 29, 2016 and then again in the same area on November 29, 2010. If tomorrow pans out, that will be another 6 years. Kinda odd, but this is that area's (MS/LA/AR/AL) start of peak season really so I guess not too out of the ordinary.
Reactions: Mark Gressman Jr, Matthew E Herbert, Mike Smith and 2 others

1) Northern Louisiana/Southwest/West Mississippi/Southeast Arkansas - I think this is going to be the best shot for a good daytime tornado. Most CAMs show development in this region as early as 17-18z (lunchtime) with some cellular activity maintained through the afternoon and eventually into the evening. Anything that can remain surface based with this initial activity I think holds the potential for all modes of severe including tornadoes (a strong one wouldn't shock me). This is given the background environment of ~250-300 m2/s2 0-1km SRH and ~1500-2000 J/KG MLCAPE advecting into the area by 18-20z. Target: Rayville, Louisiana

2) Central/Northern into Northeast Mississippi - I think this area holds the highest ceiling potential later in the day after 21z until around 04z (roughly 3pm-10pm). Moderate to high instability (1500-2000 J/KG) will be advecting into the region from the southwest along with high values of 0-1km SRH (300-500 m2/s2 at 5pm). This is creating a widespread warm sector of STP values of 3-5 and cellular convection ongoing from the first wave in Louisiana/Southeast Arkansas/Southwest Mississsippi. As this stuff gets further northeast and interacts with the northeastward moving warm frontal boundary, the potential for an intense long track tornado will probably increase given steady-state storm evolution. I'd once again target Grenada, Mississippi to Tupelo, MS for this to occur in the 3-6pm time frame if I was looking to get something remotely photogenic in the daytime.

I've chased the area from SW of Tupelo into the city itself, the rural terrain isn't too bad, however the city is very heavily wooded and difficult to chase (04/28/2014).
Reactions: Mark Gressman Jr, Jamie H and Mike Smith

I'm quite inexperienced and only following from afar, but would concur with point one by Ethan. Rayville / Monroe looks to be a good area for something in the daytime, plus US80 / LS133 seems to have some areas of decent visibility. I might be tempted to start in Start, just because of its fun name!

Another area that I am keeping an eye on today is locally along the cold front/surface low in West Central IL. A narrow tongue of moisture and CAPE should develop this afternoon with the low risk of a line of low topped cells developing. I've seen landspouts and spin up tornadoes in similar environments with high vorticity and 0-3km CAPE. This is for at 22z (4pm) CST today: 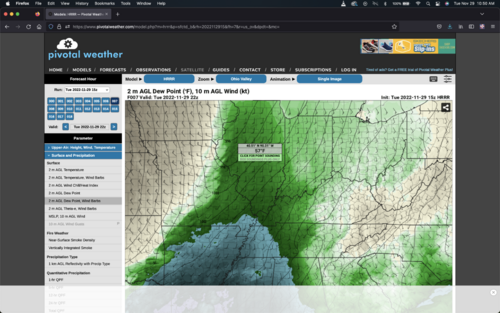 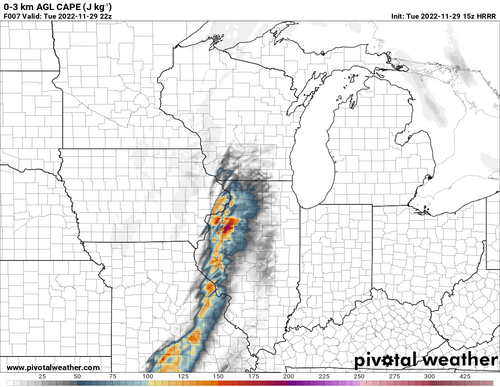 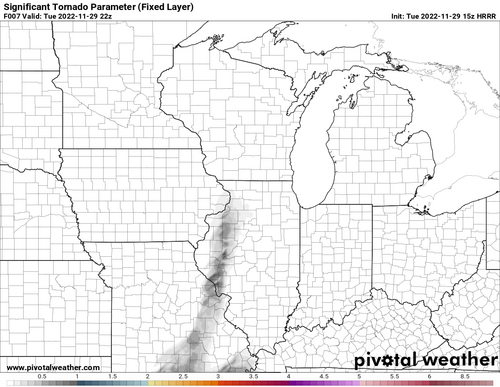 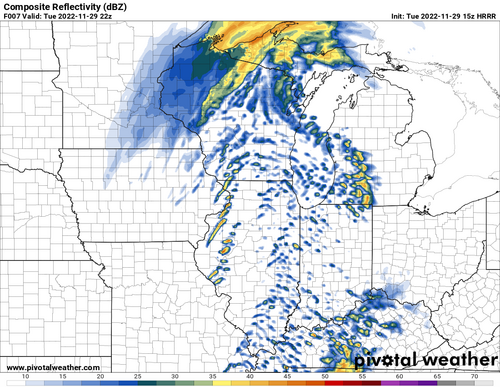 While we may end up getting a giant nothing burger up here, if we can muster a few hours of sunshine this afternoon and moisture, a rogue tornado warning or two wouldn't shock me; especially given the vicinity to a forecast 994mb low pressure system and the amount of ambient shear. Regardless it is a fairly low risk and the highest risk area still remains across the Deep South of MS/LA/AR/AL where a tornado outbreak should unfold later tonight.

We suffered a tragedy in my state: Chiquita Broadnax and her son, Ced Darius Tell, died when a tree fell on their mobile home. Cedric Tell, the boy's father, was hospitalized.