Plan today was for a "lazy man's chase" in the Ogallala, Nebraska area. This being my son's first chase vacation, I had some favorite places I wanted to share with him, such as Lake McConaughy, and a great burger dive called the Open Range Grill just north of Ogallala. The SPC tornado outlook was "less than 2% all areas," so it was one of those days good primarily for non-chasing activities, while still providing some hope of being in range for an isolated LP supercell off the dryline.

We had started the day in Kearney, and drove from there to Ogallala, using Route 30, which parallels I-80 but is much more scenic and offers the chance to see a number of freight trains rumbling along the parallel railway, if you're into that sort of thing, which I am....

After burgers and a game of pool at the Open Range Grill, we went to Lake McConaughy, where we watched boats coming in at a busy launch ramp, and then went to another, more secluded spot and walked along the shore. A couple storms started to pop up in the area, so we went into chase mode, hoping to intercept a storm moving northeast toward North Platte where I had already reserved us a room, this being Memorial Day weekend. We ended up in a good spot to view some cells along Route 30, near the towns of Roscoe, Paxton, Sutherland, etc. 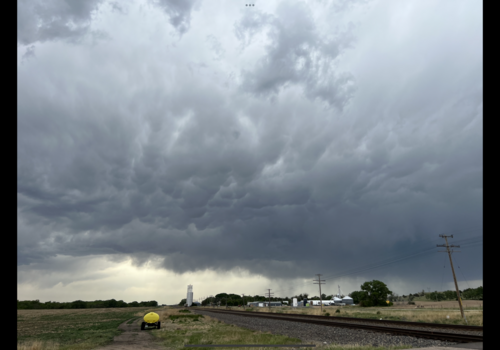 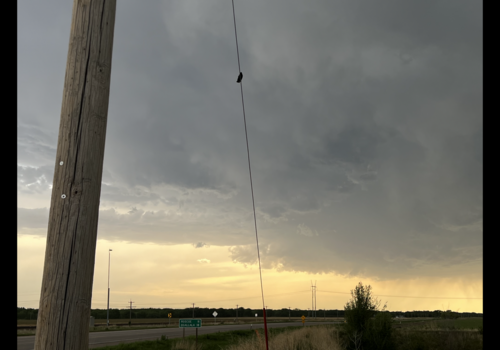 My son got one of his favorite pics to that point, w/ photogenic storms and lightning. Great spot, with red-winged black birds flying around a small pond in the foreground. A woman from a nearby home felt compelled to drive over and inform us we were on private property (not apparent from the distance between our spot and the house). When I offered to move, she said it was OK to stay, but she just wanted to make sure we knew the water in the pond was deep 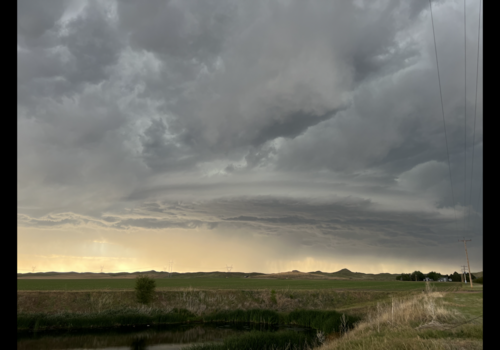 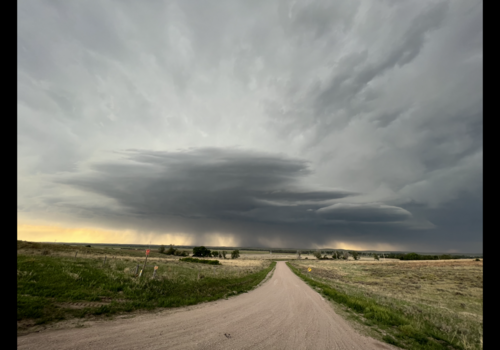 There is a terrible road void north of Route 30, so we couldn't stay with the storms. Near the end of daylight, we took a futile run up at a storm using a north road out of North Platte toward Tryon. It was a long drive with a radar void, but it did yield some nice low-hanging mammatus and lightning. 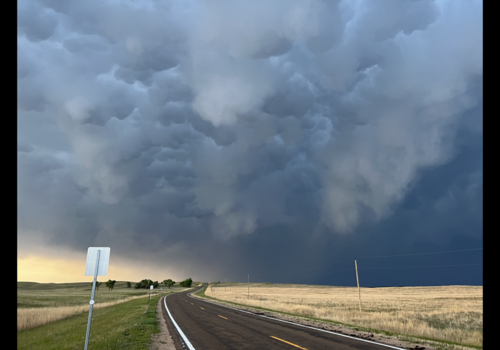 Back in North Platte, we discovered a new restaurant, North 40 Chophouse, which was open until midnight (at least for its bar/lounge menu; the dining room and full menu had already closed).

It was an awesome day, in which everything had turned out almost exactly as hoped and planned!
Reactions: GPhillips, Michael Towers, Mark Gressman Jr and 2 others
You must log in or register to reply here.
Share:
Facebook Twitter Reddit Email Link
Top Bottom