Initial chase target was just east of the dry line in Killeen TX, but ended up going to Copperas Cove TX. We thought briefly about staying in the DFW area where we are based, but I was worried about early day convection, DFW traffic as init looked just before rush hour, and we just stink at front chasing - the dry line is usually better for us. In Copperas Cove, speed sheer was strong and the tops kept getting pushed over, so we decided to move a little southwest and we meet up with a cell near Leander.

Not wanting to get stuck in the Austin traffic mess, we wanted to venture no future south than Round Rock. Just before 6 PM, the storm became tor warned. By this time we where already on TX 45 or 130 Toll with a plan to get to US 79 to head east toward Hutto and Taylor. We had several main worries at this point that caused us to play it a little further back than usual - 1) Austin area traffic, 2) a line of multiple supercells (we really had to watch the one to our south that produced the Elgin tor later), and 3) our own homes back in DFW where now had tor warnings (nothing like chasing one storm and calling your family about another).

In the end we found a high spot in Taylor and I got this picture of the Round Rock to Granger tornado as it passed just north of Hutto. 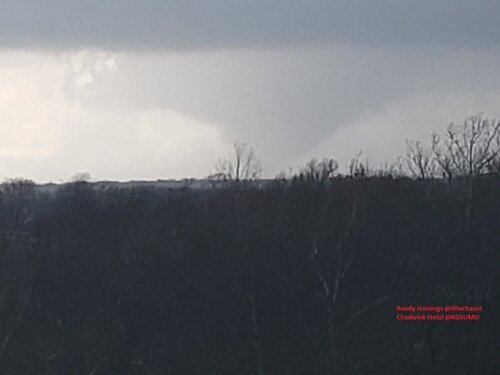 Chased down east of Austin. Might be some of the worst traffic in the US now. Ended up on the storm down by Seguin and was next to what looked like a tornado on radar. Couldn't tell, from rain wrapping. Video and full recap on my website here.
Reactions: Randy Jennings and James Wilson
You must log in or register to reply here.
Share:
Facebook Twitter Reddit Email Link
Top Bottom