I had a busy day today scheduled and I didn't think I'd be able to chase at all. I got all my computer meetings out of the way early though and departed my house in Macomb, IL around 12pm and arrived just in the nick of time in Southern Wisconsin to get on a few supercells. I followed one from Dodgeville area down to Mineral Rock and eventually Hollendale where it shriveled up and died. The storm mustered up a couple weak tornadoes (one of them looks large, but its because the hill is in the way, owing to WI terrain). Although at one point, I saw some barn debris E of Mineral Point, WI go up into the air and heard quite a noise....so hopefully nothing significant got hit more than some outbuildings. Here are a few captures for the day before I crash, put another 600 miles the car again today. I keep telling myself these will be local chases and it ends up being an all day outing, but lately its been paying off . Here are a few of my captures today: 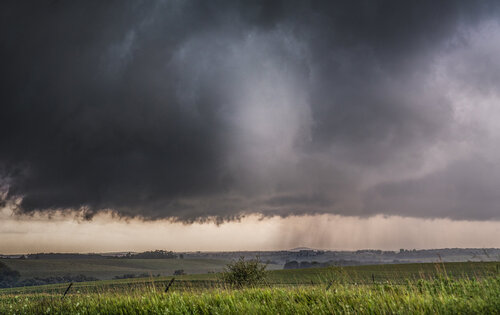 Cone funnel lofting small chunks of debris S of Dodgeville, WI before 6pm. This was shot fairly close range and could hear it from this area. 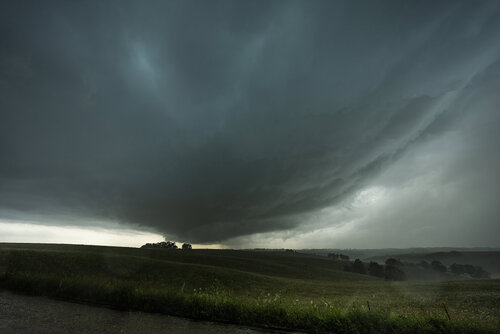 Original view of the Mineral Point, WI storm. This had the potential to be a great photo, but 40-50 mph inflow and rain drops plagued my wide angle lens. Maybe I can salvage it in photoshop. 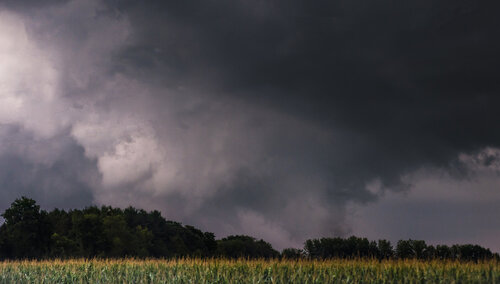 Tornado E of Mineral Point, WI. It looks rather large here but that is because there is a hill and trees in the way. It was lofting barn debris and chasers closer did indeed have video of debris in the air. It sounded rather loud when it hit as well, so hoping nothing major got hit. I had a bit of a sunlit view as well. 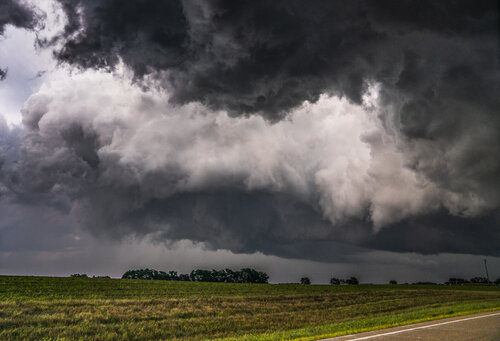 Continuing on with the Mineral Point, WI storm. Check out that RFD cut and the funnel on the right side lofting debris. This storm couldn't seem to tighten enough in the low levels to produce more than bird-farts for some reason. 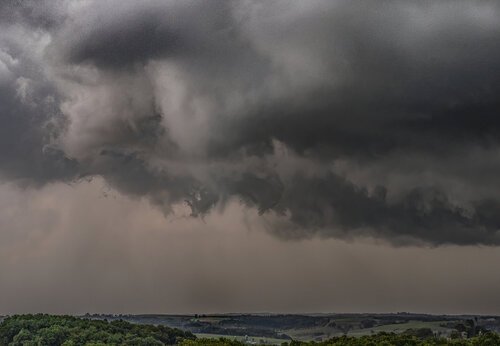 Closer up shot of the Mineral Point, WI deal as it was roping out. I shot this at 70mm and really like this view. 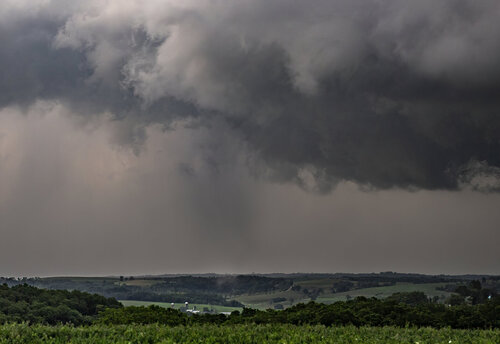 Another tornado passing through trees near Hollendale, WI. I initially didn't see it until my fiance pointed out the vortices at the ground and debris. I ended up catching the last 15 seconds of it. Sad moment for me. 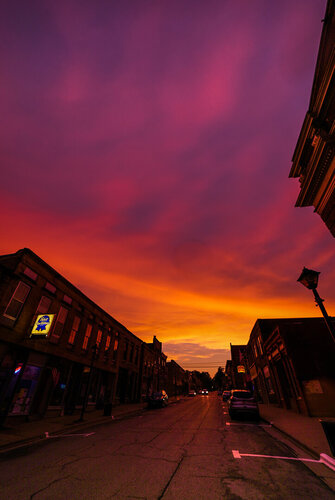 Sunset at supper in Mineral Point, Wisconsin. As with any Midwest chase day, it doesn't end without the sky turning to fire. Shot at 12mm on my Sony A7SIII.
Reactions: Rob Wadsworth, Andy Wehrle, EmiLie Joz and 3 others
You must log in or register to reply here.
Share:
Facebook Twitter Reddit Email Link
Top Bottom