I targeted Southeast Iowa on Sunday afternoon near I-80, got on a supercell for about an hour and a half that cycled. It finally produced a funnel SW of Malcom, IA which when I got onto my computer I notice has dust under it. I dropped south and saw a large cone tornado from a few miles away near Pella, Iowa followed by another tornado southeast of town under rather good structure. The sunset afterward was top tier. Here are some shots. 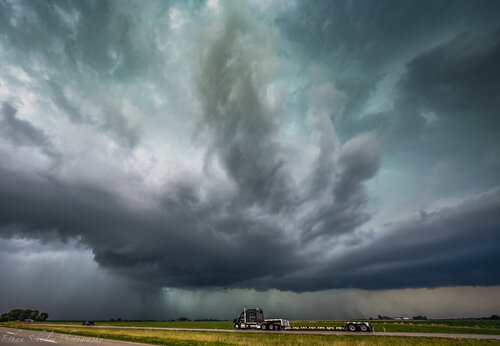 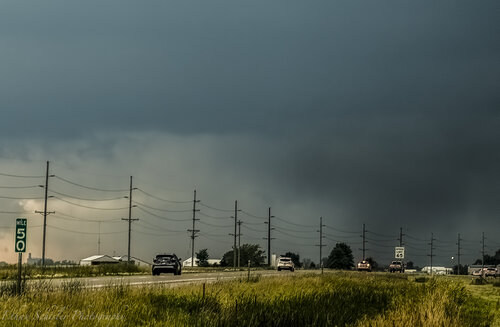 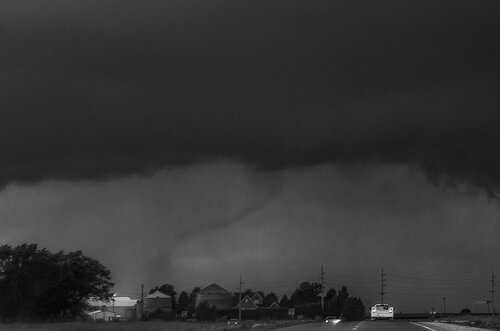 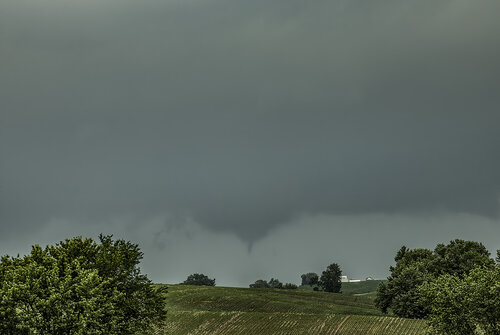 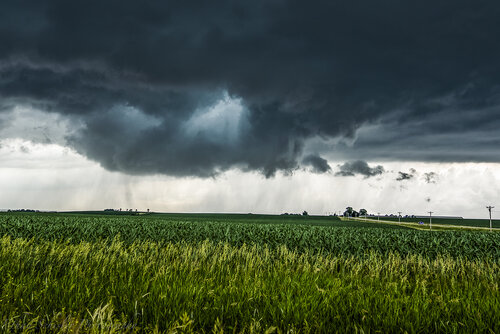 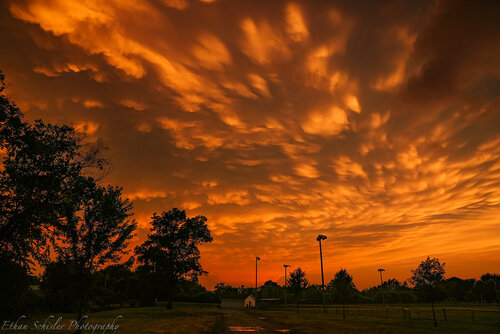 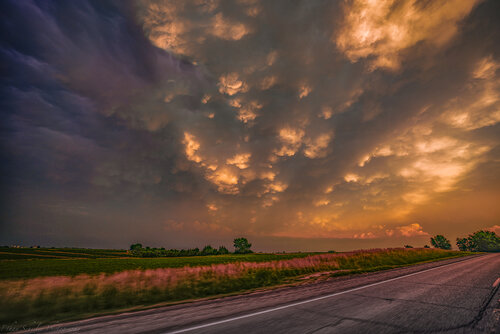 Here are a few more pbotoographs that I processed from last night's awesome chase since ST will only let me post 7 at once. 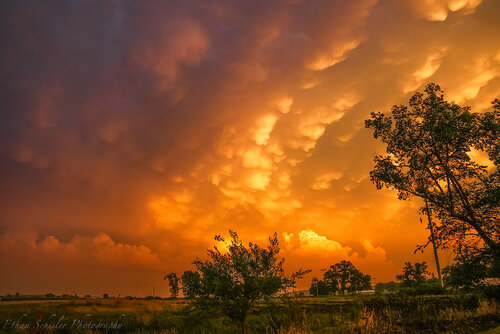 Looking S toward a tornado warned supercell at sunset 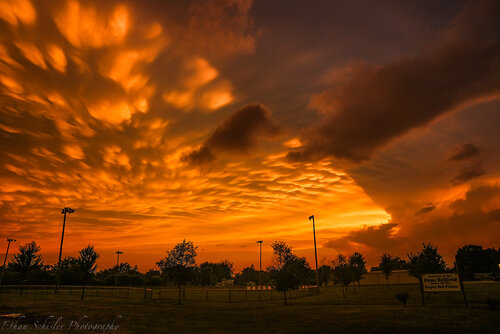 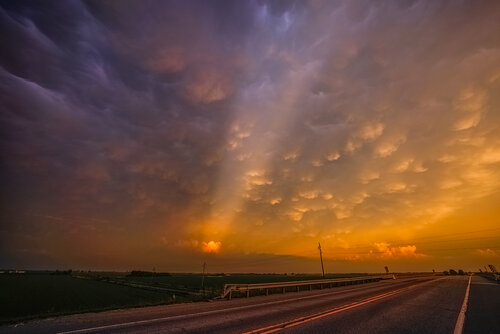 Ahh the end of the day, one of the better sunsets I've seen 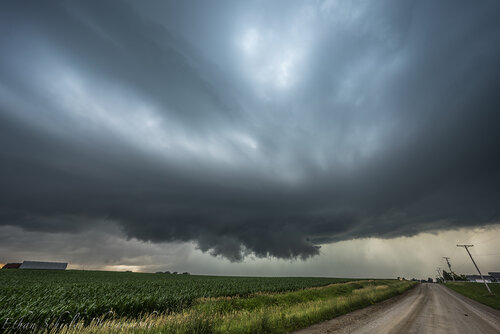 Tornado producing supercell SE Of Pella, IA about to drop another tornado 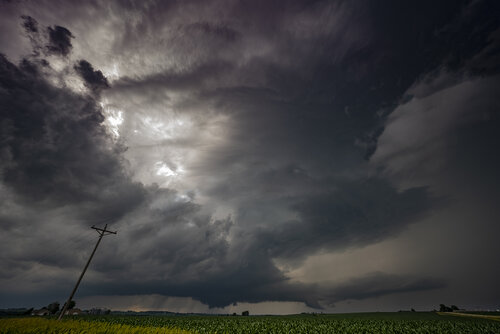 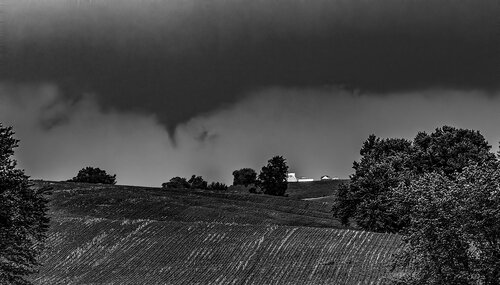 I originally started out between Cedar Rapids and Waterloo figuring the better chance for sustained and maybe quasi isolated supercells would be near the convergent zone off the boundary southeast of the low. When it became apparent that the storm that had gone up near Ames was becoming more supercellular I dropped down to Newton and came in behind it. It did produce a nice wall cloud and some rotation but the cell that went through Pella quickly became the dominant cell in the middle of the line so I dropped down to Oskaloosa and came into Pella on 163.

It wrapped up pretty quick and produced a quick tornado, with a second one possibly touching down just east of town out in the open area along the highway but I wasn't able to confirm that because I was driving at the time. 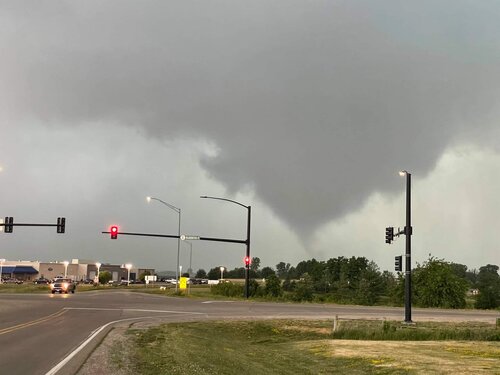 I was originally gonna play the MCV in Illinois but it became evident early on that it was going to be a wash due to a westward propagating MCS in MO the night before. Due to this, I chose to target Marshalltown back on the cold front as I believed odds of destabilization and recovery were higher than on the MCV. I had forgotten my SD card for this chase, so all these are all high-quality iPhone captures.

The first supercell went up and matured rather quickly near Ankeny. But seemed too early for the LLJ and didn't really do a whole lot while I was on it but it did feature high contrast and was quite photogenic at times as Ethan showed above. Despite this, I abandoned it at Searsboro for the storm that was quickly becoming dominant to the SW. 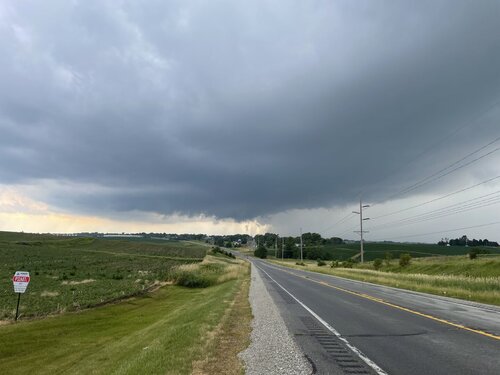 The first storm came closest to producing at this occlusion here at about 5:45 near Kellogg and it's a shame it lacked the extra kick it needed, because a tornado there would've been wickedly photogenic and I was in the perfect spot to view it. 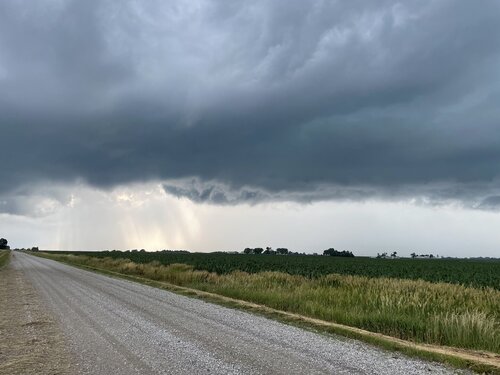 The 2nd storm was much more grungy and less photogenic, but never the less a little bit healthier than the first. Needless to say by this point the LLJ had begun to increase and sufficiently enlarge low level hodographs and this is really the only reason I can think of for why the first storm struggled to do much and the 2nd storm produced two tornadoes.

This shot is looking at it as I arrived at 6:35pm 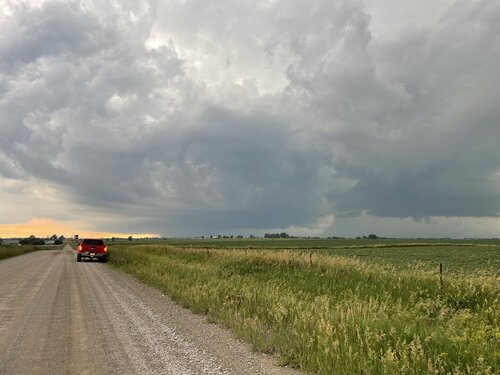 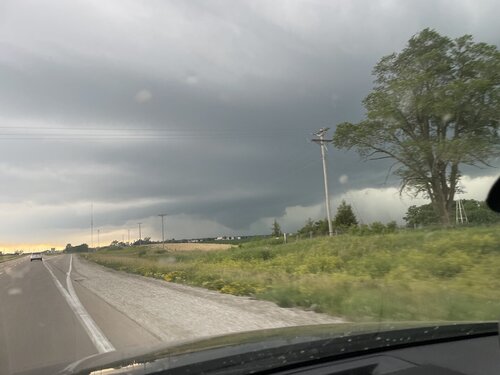 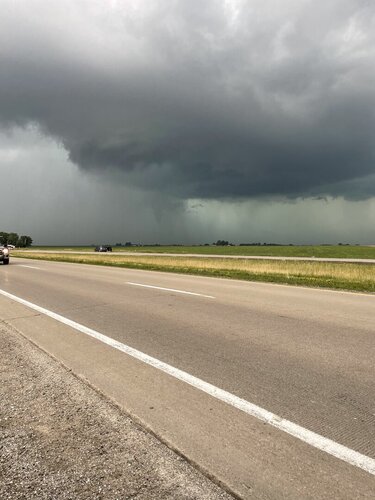 The storm threw out a huge gust front after this and never really recovered inflow domiance. So I called the chase in Oskaloosa and went to go shoot sunset pics. 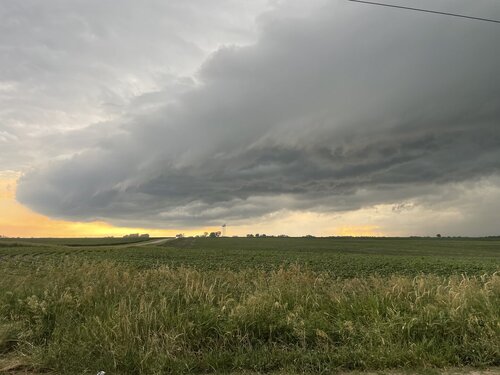 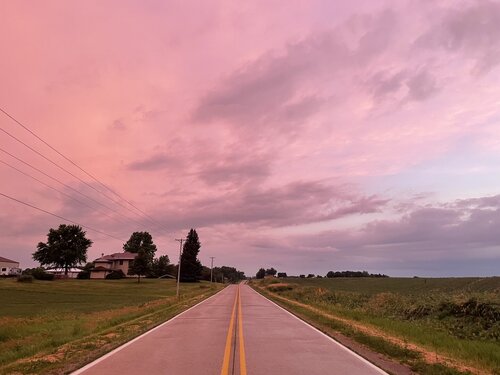 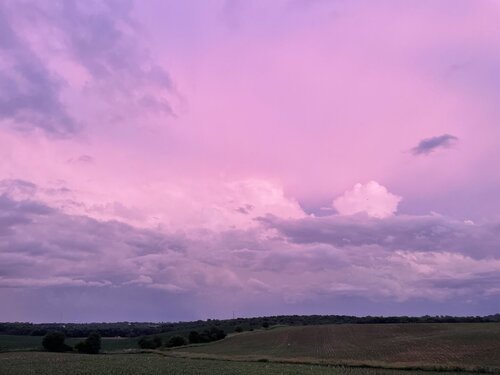 I was finally able to chase after nearly a month of not going out. I decided to play further west and went to Newton, IA just east of Des Moines.
The first decent looking cell went up near Perry and slowly made it's way east. It had a decent wall cloud at times but nothing really impressive.
At this point I thought about making a break for the impressive storm down near Afton, IA southwest of Des Moines as it was warned for big hail and looked better on radar. It was also in the bigger CAPE environment and down near the Missouri border where mesoanalysis showed better helicity.
I drove about about 20 miles south, before deciding to stick with the storms further north so I turned back around. I intercepted the storms again and drove through quarter sized hail and probably 50 mph winds near Oakland Acres, but the storm was now weakening.
About this time, new storms really were organizing southwest of me and so I headed towards them. The southern end of the storm really slowed down and seemed to backbuild for a bit, before it hooked around and became tornado warned just outside of Pella.
I arrived just east of Pella and stopped for some pictures of the hail core and inflow bands into the storm and then made my way to the east side of town. While driving those last few miles, suddenly a large bowl shaped lowering appeared and looked like a tornado was on the ground or imminent.
By the time I found a good place to stop and look to the west the "bigger" portion of the tornado from when it was on the ground, was basically done, but I did get a nice 5-7 minutes of the persistent funnel cloud.
I went east with the storm for a while before it pretty quickly weakened and I ended up in Oskaloosa to see the amazing cloud formations above.
I grabbed a bite to eat and headed back to Omaha. It ended up being a great Father's Day chase and my first tornado I've seen in Iowa in probably 5-6 years!