Began this last day of chasecation in Hobbs NM. Being “lame duck day” and needing to stay close to the Midland airport, and not wanting to go down to Fort Stockton due to sparse road network etc., I was hoping for some local action in the area of Jal to Pecos. Intercepted the severe storm that was moving SE from Orla. Came at it from the east, on the road to Mentone. Cut through heavy precip - this was safely to the north of the main core and there was no hail, but it was a car wash whiteout nonetheless. The hail core looked enormous on radar when it was west of Mentone, but shrunk considerably within just 15 minutes as it continued SE, passing SW of Mentone, and as I drove south on 285 along the western edge of the storm I noticed no hail on the road.

At Pecos, I saw I couldn’t go east on I-20 without going through the now-expanding hail core so I went to Farm Road 1450, which went SE. I took this picture of the hail core from that road. Frequent CG’s could be seen out ahead of the core. 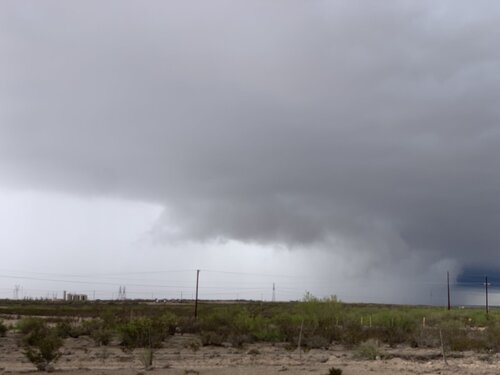 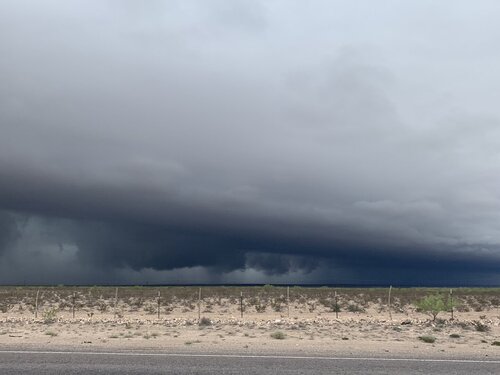 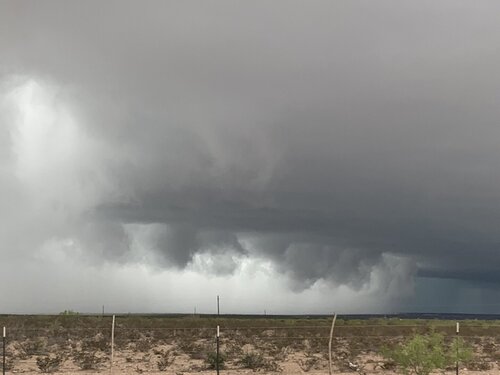 Farm Road 1450 ended at Route 18, which I took briefly north to Grandfalls where I picked up Farm Road 11 that went southeast all the way down to Route 385 just west of McCamey. Couldn’t ask for better roads to follow this SE-moving storm, although visibility wasn’t great due to the high brush along the road.

The storm never had any visible structure but was very intense and there were frequent CGs all around me, some close enough to give that visible “beading” effect. 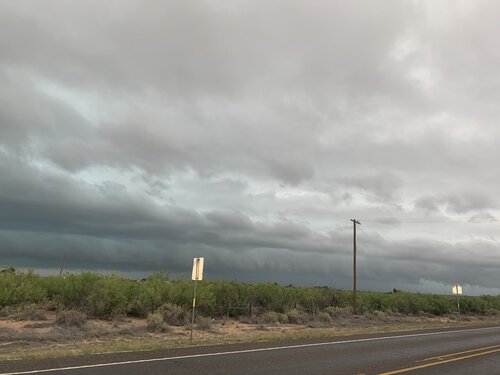 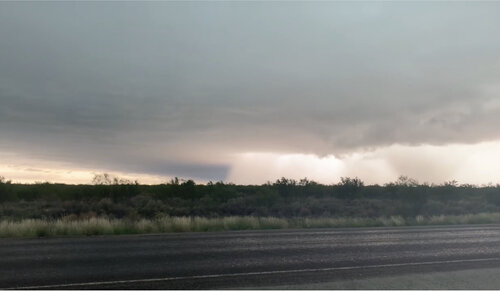 Thankfully, the storm weakened, because as much as I enjoy chasing, there comes a time when you are only staying with a storm because you want to be there IF it does anything, and even when that seems unlikely (60s temps out ahead of it, weak surface flow, no LLJ kicking in), that sense of “obligation” can keep you on it. With another 3 or 4 hours of daylight left, I really didn’t feel like following this thing all that time, especially since it would be convenient to take 385 straight up to Odessa. But like I said, fortunately the storm weakened, so I was able to let it go with a clear conscience. I took this one last picture looking north from Route 385 west of McCamey. Thought I would be cutting through heavier precip as I went north (and couldn’t believe the road went through literally the one purple pixel on radar!) but it wasn’t bad at all and I was quickly behind the system looking at gorgeous skies with cloud debris across the open Plains. 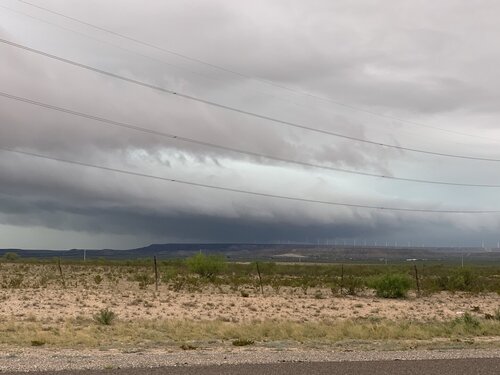