Began the day in Lubbock and targeted the frontal boundary in SE NM. Was sitting in Jal, NM when at just about the same time cells went up to my west (on the western border of Lea County) and to my south (between Kermit and Wink). I dropped south to Kermit, TX to be in a position to intercept whichever area of convection developed.

The Kermit cell split; the left mover died quickly, and the right mover got absorbed into the large cluster ongoing from Monahans to Imperial to McCamey. I kept an eye on the multicell to my north as it, too, split. The left mover looked better for a time, and I was worried that the right mover would have its inflow cut off by the aforementioned cluster of storms. However, the right mover really got it together; ironically, I think it helped that there was a SE wind at Pecos. I say ironically because much of the area was in easterly surface flow, which of course would ordinarily be better, if not for the larger cluster of storms to the east that was moving north and would hamper the easterly inflow.

My right mover continued southeast, passing just to the east of Mentone and down to I-20 between Barstow and Pyote. I stayed with it while on route 115 to Pyote, keeping the base in view despite being on the southeastern edge of the forward flank precipitation. For a short time the storm had a nice bell-shaped cylindrical updraft with good updraft/downdraft separation. At Pyote the updraft looked a bit fuzzier, possibly just from my vantage point relative to it and the precip core.

I thought about going west on I-20 to Pecos, but it would have been a very, very close call with the hail core approaching I-20 from just 5 miles away, and had about 14 miles to drive on I-20 before I would clear the hail core’s western edge. The storm was moving 30 mph, so you can do the math, I was not likely to make it. I then realized I could head down FM 1927, which I hadn’t really focused on because from Google Maps it didn’t look like it would be a paved road; that’s the trouble with Google Maps, until you really zoom in you can’t always see the route numbers and certain roads don’t show up at all unless zoomed all the way in. While blasting south on FM 1927, I probably should have stopped for another view sooner, because when I finally did the updraft had constricted and weakened considerably. Still, it was picturesque, and the sunset under the remnants of the storm gave me one final beautiful scene as I drove to Odessa at the end of the chase.

I was pretty happy with how the day turned out, from forecast to execution, and the road network in the area was better than I remembered or expected. I saw only three or four other chaser vehicles the entire time. My contentment suffered slightly, however, when I saw the TOR reports from the storm near Roswell, and that storm was TOR-warned for what seemed like quite a long time... That’s the “grass is always greener,” or “fear of missing out” syndrome I think so many of us struggle to fight off... But, overall, a great day! 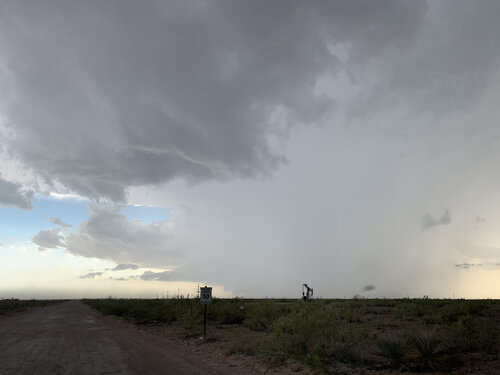 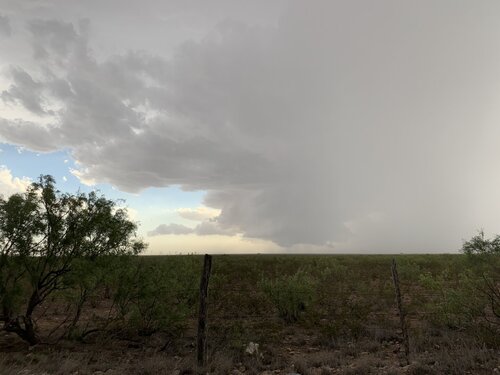 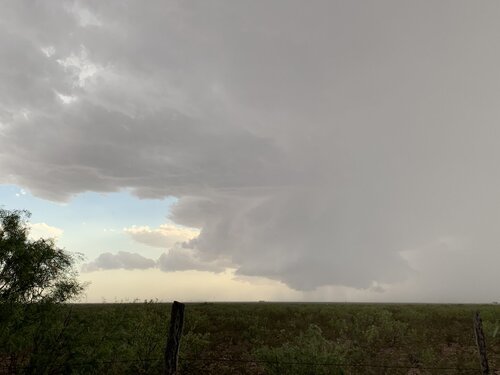 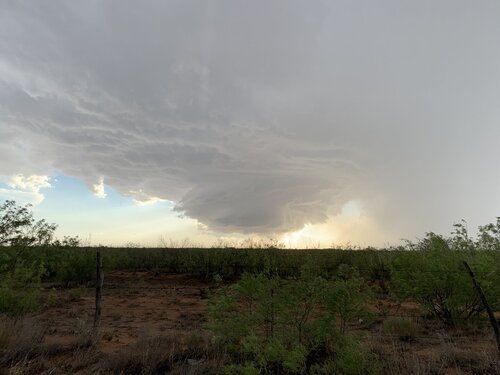 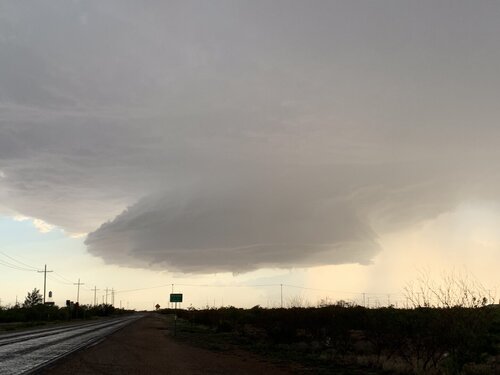 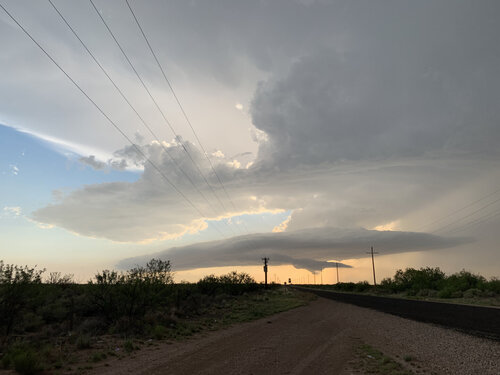 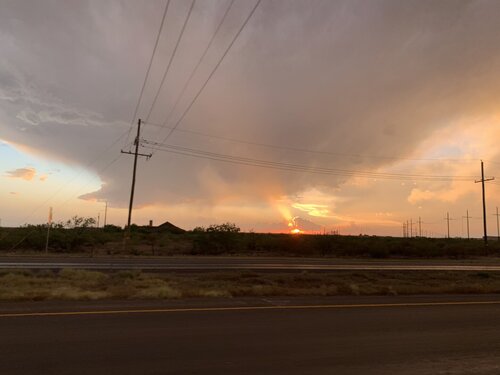 I had planned this as more of a travel day than a chase day, as I was returning from two days of chasing in the TX Panhandle. But I knew there was some potential for severe weather in NM east of the mountains, so I was watching the sky and radar along the way and managed to intercept a supercell along I-40 east of Clines Corners, NM. It dropped some quarter-sized hail and produced some strong wind that lofted dust high into the sky. My timing was just right, and I sat in the path of the approaching storm 2 or 3 exists east of Clines Corners, then blasted west to the next exit at the last minute, getting pictures from both ahead of and behind the storm. One interesting thing was that once I crossed the storm's path just ahead of it and then watched it cross the highway just to my east, westbound traffic went from holiday weekend insanity to absolutely nothing. There was literally NO westbound traffic for about 5 minutes - it was surreal when I left my second viewing spot and drove on to Clines Corners in the only car on the road, after miles and miles of nearly bumper to bumper 80 mph traffic before the storm.