It has been a very slow chase season for us Midwesterners. Aside from a brief spin up here in Illinois back in March and the March 13th Texas event, I've been largely shut out (although it is very early in the season for us up here). Anyway, today's setup came around and didn't look like anything too out of the ordinary. MCV to the west, large amount of 0-3km CAPE and surface vorticity....but morning cloud cover plagued the area through around 1pm before the sun came out. Temperatures soared into the 70s and dew points up through the 60s. Surface winds were relatively weak and veered except along and south of the 136 corridor which runs from Quincy east toward Lincoln. I noticed a cell firing up SW of Quincy and made way for the Camp Point, IL area where I waited for the initial supercell thunderstorm which became quite disorganized with time and outflow dominant. I did notice another cell on the SW flank and it looked much better, I've seen this before where the SW storm takes over...so I shot across the Illinois River where I knew low level shear would increase closer to 5pm. 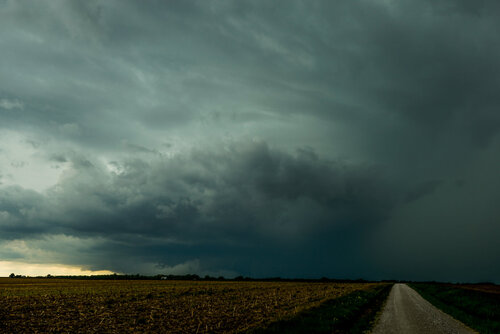 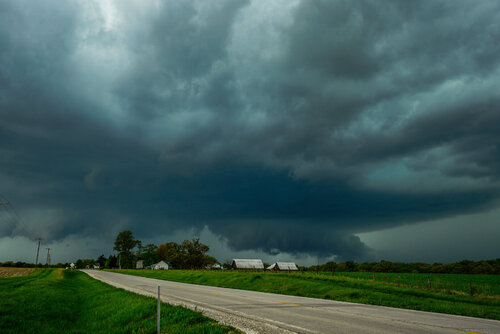 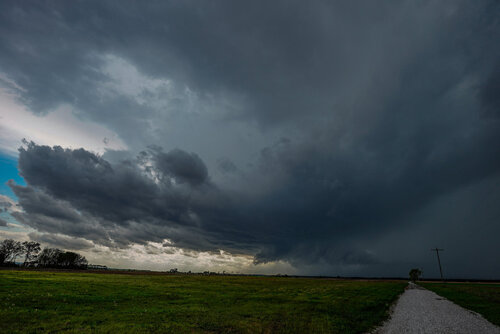 New supercell looks much healthier to me. This was across the Illinois River on the flood plain. I got east of Arenzville where it produced a close range multiple vortex tornado 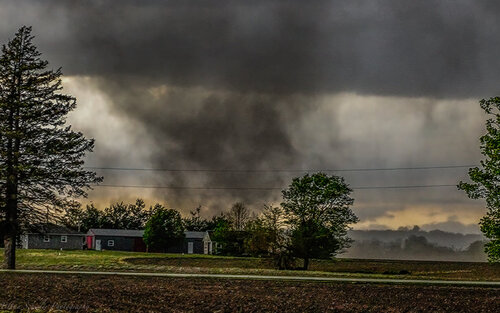 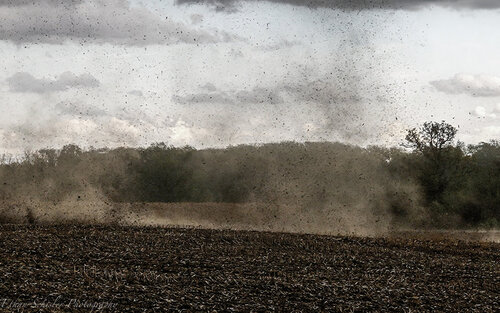 The storm cycled several more times producing brief tornadoes at times under a sculpted wall cloud/meso. My favorite image of the day came N of Pleasant Plains, IL. 2 tornadoes developed underneath this lowering and the dirt had an odd orange coloring to it, similar to what I'd see in Colorado. The tornado cyclone was carved out way up into the storm, I thought it was on the verge of something significant. 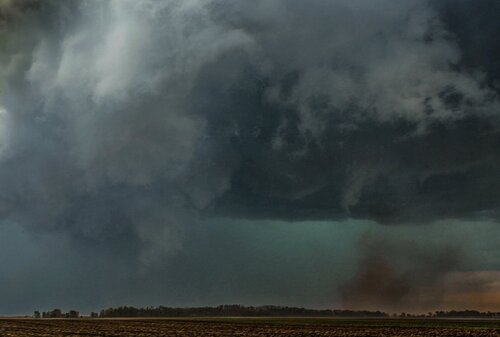 Anyway I saw a couple more touchdowns east toward Buffalo and Mechanicsburg, IL before I abandoned the chase at Decatur and set sail for home. I'd upload those photos but for some reason it will only let me upload 6 photos. A handful of tornadoes, although none terribly impressive, and some awesome structure and I was a happy man. Only spent 20 bucks in gas too and was home in time for dinner. After a lackluster 2019 and 2020, today was much needed. I managed to chase today entirely solo as well with almost no radar data (Verizon hole near I-72) and basically just used the county roads. Didn't run into any chaser problems as I stayed on back roads and tried to avoid towns.

I shot some video with my new A7SIII that I got last week and was able to shoot at a high enough frame rate to slow it down in post and see some of the choatic motion occurring. I hope to be able to mirror this experience later in the season on a stronger tornado:
Reactions: John Farley, Paul Hadfield, KenMcWatters and 10 others

The day definitely overperformed beyond what I expected here in Central Illinois. I figured the southernmost cell had the best environment to work with since it seemed to be feeding off of energy that was at least partly owed to the northern periphery of clearing that occurred just before the MCV reached the Mississippi River.

I left work with only my cell phone and headed towards Mount Sterling on US 24. I was able to catch an anemic wall cloud before backing south to get over the Illinois River and reintercept. Once the storm got east of the Illinois River the low-level rotation gradually improved. This was definitely concomitant with RAP trends to increase effective SRH as the storm moved east into Central Illinois. I saw at least three tornadoes although they were all fairly short-lived. I finally gave up near Mount Auburn after it appeared The storm was becoming more outflow dominant with a more noticeable HP structure. Much of the chase paralleled the I-72 corridor or slightly north of it. 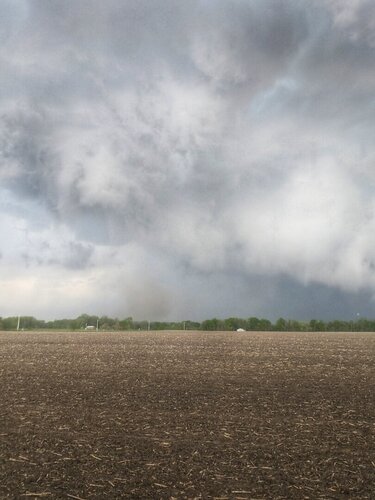 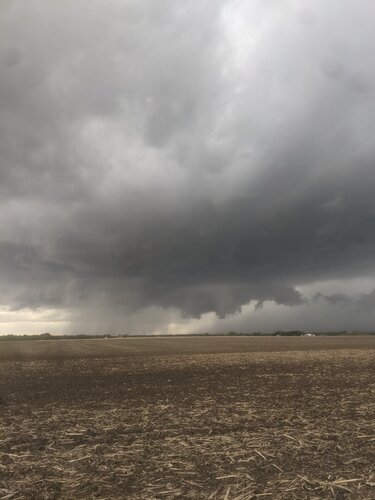 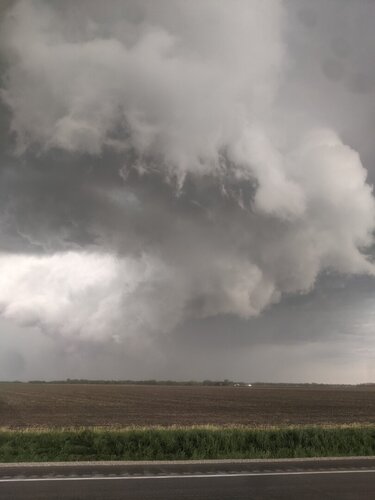 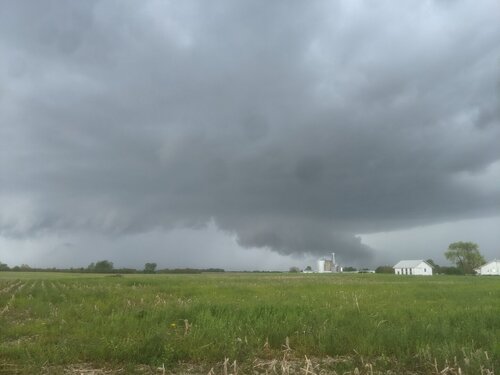 Like a relay race, picked up the storm not far from where Jesse Risley left off and surfed it SSE to near Sullivan. In spite of having becoming somewhat HP outflow dominant, instead of accelerate, it cruised at a reasonable pace allowing for multiple stops. At Macon, got dusted by a small spin up which was mildly exciting. Heading back, stopped at Lake Shelbyville for some color and lightning under a separate severe as the system was by now lining out.

East of Illiopolis along I-72 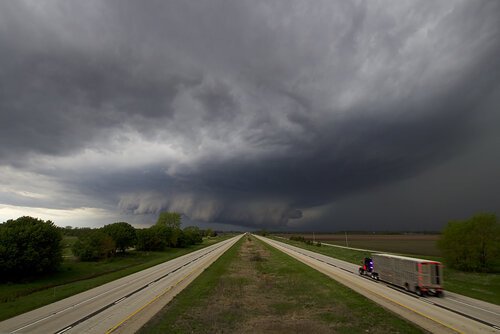 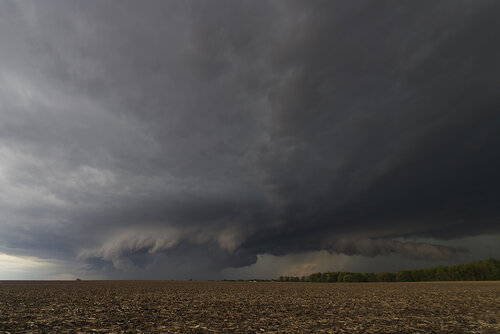 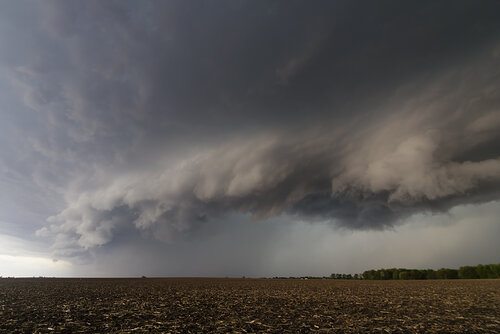 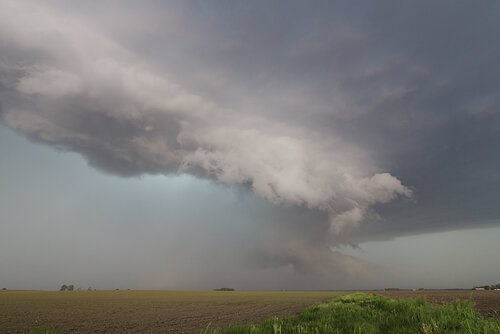 Between Macon and Dalton City 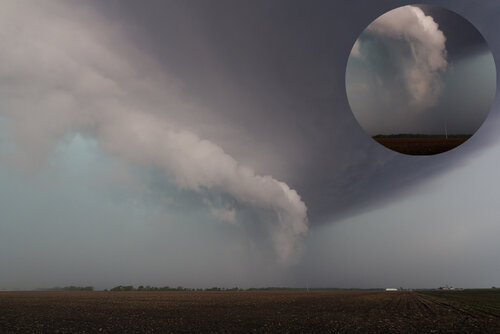 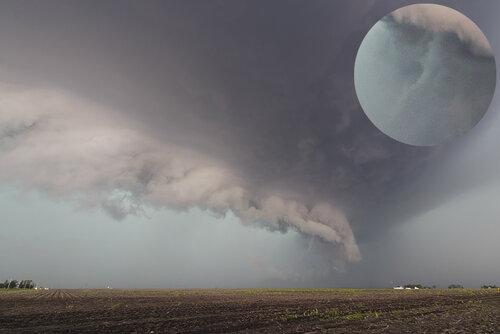 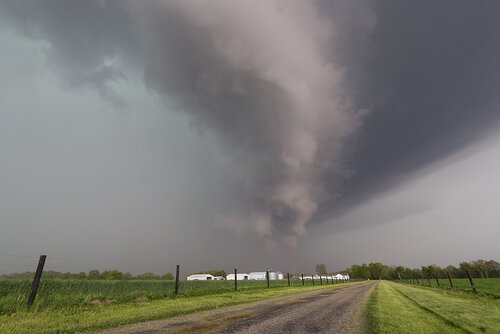 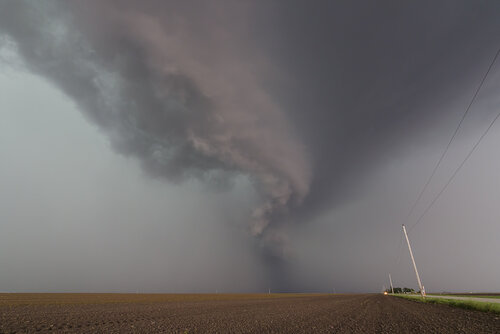 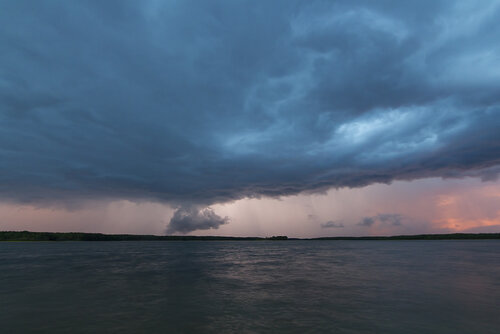 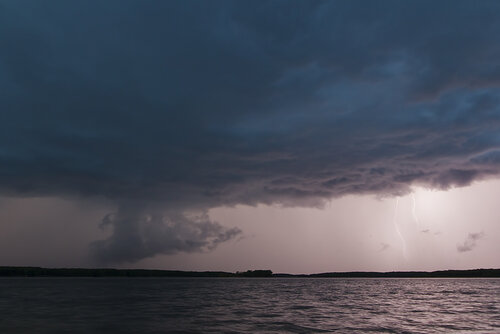