Kind of an impromptu chase this day honestly. I had a meeting in Peoria that afternoon, but once I saw the PDS severe thunderstorm watch come out with mention of widespread 100 mph winds, I was able to move it to a different day and head out to chase. Headed north on 67 toward Davenport, IA and arrived shortly before the derecho did. I managed to photograph a beautiful shelf cloud near the Quad Cities and then I headed east and north toward De Witt area where I documented the unusually long period of hurricane force wind gusts. Winds gusted at my location near Davenport officially to 87 mph, I watched as a truck blew over on the Mississippi River bridge and a tremendous amount of dust went into the air. I estimate that south of De Witt we had winds of hurricane force or greater for probably at least 20-30 minutes. There was significant structural damage to some homes, many many trees snapped, high tension lines downed, and impassable roads.

The one unusual thing about this derecho versus the others I've been in was the long duration of wind, it was pretty close to being in the eyewall of a hurricane for how long it lasted. Anyway, the hour drive home took me over 3 hours due to all the closed roads and detours. I didn't really take a lot of damage photos because I was driving and trying to not run over debris in the roads and get in emergency worker's way.

Also there was a home I came up on south of De Witt that lost the roof and part of the back wall and I spent a good half hour trying to locate the owners, before the police showed up and thankfully they were located in the basement safely. A power pole had been thrown into their house and I was concerned about a potential gas leak or fire situation. Thankfully all was okay. Overall this was probably one of the most significant derecho events in Eastern Iowa/Western Illinois since 1998, a lot of places got hit even harder than the Quad Cities area, going to be a long road ahead for cleanup. Here are a few photos I took. 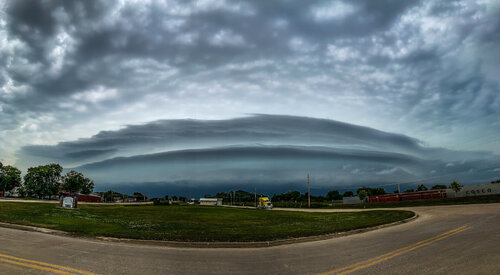 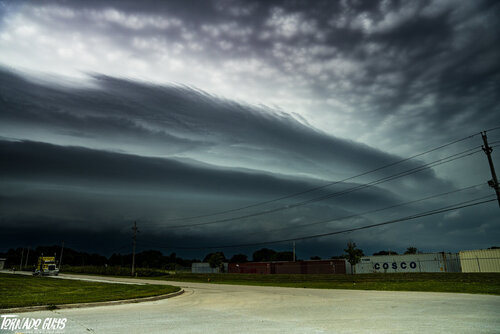 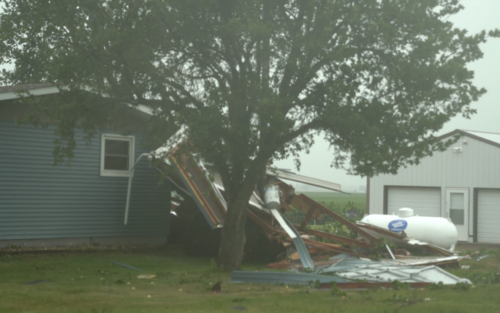 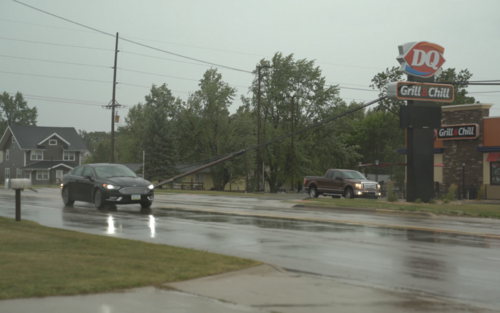 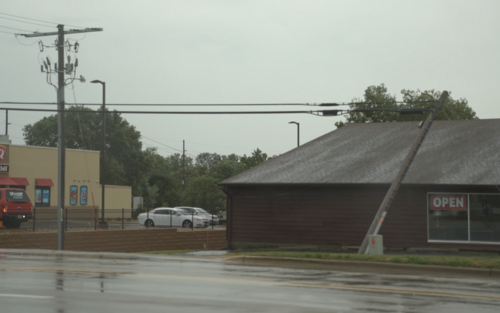 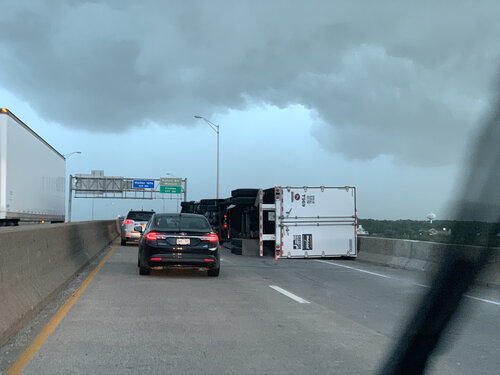 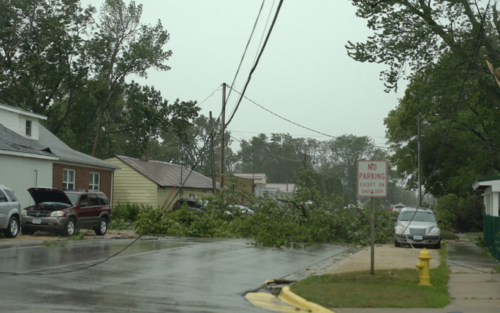