I started out around 2pm, heading north out of Joplin targeting an ongoing supercell working out of northeast Kansas into east/southeast Kansas. I met the storm northwest of Fort Scott around 4pm, in the prairie country between Iola and Moran, Kansas. I was able to get some shots of the first storm before it started to get messy and form new cells to the west along the boundary. As the lead storm began to weaken, a more severe storm formed to the west, moving south towards Chanute, Parsons and Oswego. I noticed lots of big hail and wind reports with these cells especially between Labette and Chetopa. I let the worst of things pass just east of me through Oswego before rolling into town and discovering quite a bit of damage to Oswego proper. Multiple roofs torn off, mature trees snapped and/or uprooted. Those folks took a really hard hit from high winds and big hail, but of course they were already on scene and getting the bobcats going to clear streets. As the storms crossed the state line and moved into more hilly terrain of northeast Oklahoma, I let them go off into the darkness and got home around 9pm. Not a whole lot to show for this event except for some big dents in my new ride, but any day chasing is a good day. I am interested in hearing any other reports from this event. I know central Oklahoma took a hard hit after dark. 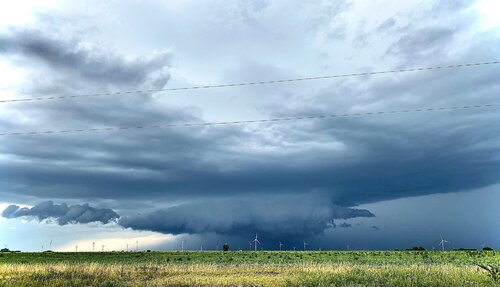 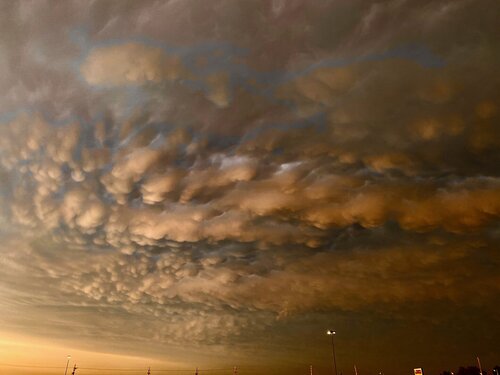 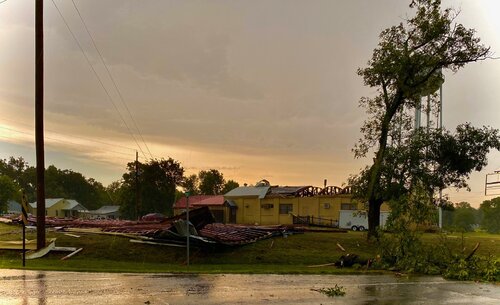 Roughly an hour early we intercepted the same supercell NE of Lebo KS. I wish I had a better camera but the hail shaft was pretty impressive and I did my best to stay out of it.
Reactions: Nate M.

A little late on here, but I tracked this at 2pm just south of Lawrence, KS and ended in Welch, OK. Fun chase! The rear inflow notch was INCREDIBLE! Rotation was sneaking up from behind me so I was only able to get a screenshot from a quick video 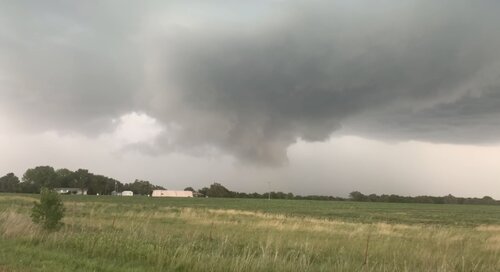 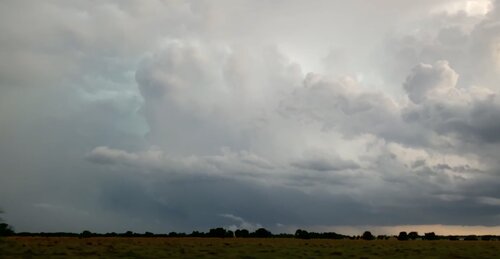 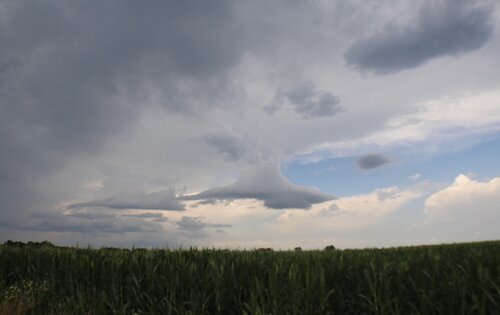