I initially targeted the northern apex of the boundary that was situated across central Nebraska, figuring the best tornado potential would be in the region with the most favorable LCLs. The cells north of North Platte exploded rapidly and it was quickly obvious that was going to be the better target, as initiation further north was uncertain and likely later, so I made my way down towards Merna after the first SVR warnings were issued. I went up into the notch of the initial tornado warned cell on Hwy 2 Northwest of Anselmo, but I couldn't confirm anything other than a dusty meso with a lot of rotation. As the cell south of Arnold started to look better I readjusted to about 8 miles southwest of Merna and got into position for the Arnold supercell. When I was initially getting my camera out I caught a long cone funnel that was probably the reported tornado (I couldn't confirm ground circulation from that distance). Underneath the meso there were dusty circulations in the traditionally favored area for tornadoes, but if it was/were there was no visible condensation even though there was correlation with rotational aloft, so I can't comfortably confirm or deny those reports. The structure for about 25 or 30 minutes did not disappoint. 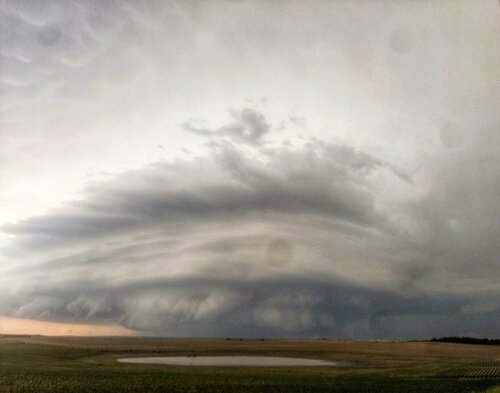 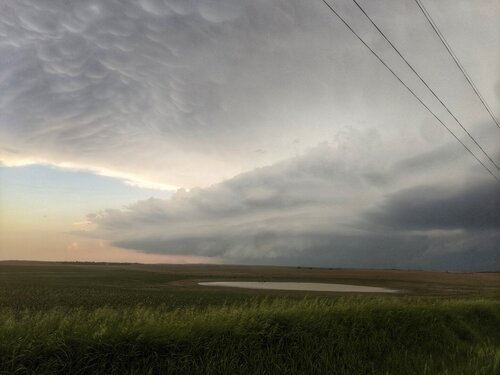