This was the first day of my chase trip for my chase partner and I. I had never chased in Wyoming before for some reason which had led to many times sitting at home watching amazing storms and tornadoes in Wyoming. Even though there was only a 2% tornado chance according to the SPC the day before, they upgraded it to 5% the morning of.
We left Omaha at 7am and headed towards Torrington, WY as an initial target. We arrived about 2p and the first storms were forming over the mountains to our west. We continued on west towards I-25 as multiple cells were over the mountains further to our west. We decided to head north a bit from there as a cell to our west became stronger. We found a place to pull over as the storm formed a very nice wall cloud. I thought for sure I was going to see a tornado right away on this first cell.
The storm was a ways off to the west with a big bowl shaped wall cloud and had a large mountain peak behind it. It was beautiful! The storm motion wasn't bringing it any closer to us and we had no way to get closer and eventually it weakened a bit.
We headed north again towards Douglas where the interstate curved back to the northwest and we could intercept the storm a bit closer. It had restrengthened and formed a nice base. We stopped to the southeast of the storm and watched it form several lowerings off in the distance.
What happened next was one of the "strangest"/"coolest" things I've seen. At first I was sure it was a tornado, but apparently it was just scud. It ended up being the realest looking "fake" tornado I've ever seen. I even screamed in excitement sure it was a tornado. My first Wyoming tornado I thought! We watched this feature even turn into what looked like was a multivortex tornado, except for the lack of discernible rotation.
Meanwhile just to our north, an area of much more obvious rotation formed and looked like it might try and spin up something. However, this fell apart and soon the storm turned more easterly and started to overtake our position so we dropped back south on I-25.
At this point nothing really interesting was going on. Storms were supposed to form again later in the early evening towards southeast Wyoming so we went down to Cheyenne and I-80 and headed east. About this time sure enough storms formed along the cold front surging east. We made it out ahead of them and stopped to the east to watch them roll in. It ended up being a great spot with a great view. The storm was very electric, but outflow dominant and eventually we were taken over by strong cold westerly winds that kicked up lots of dust. The sun setting behind the storms made for a fiery glow as well and we got some amazing pics there before heading on to Sydney, NE for the night to prepare for the next day of our chase trip to Kansas which would amaze us even more.

Here's the video I put together of the highlights from this day: 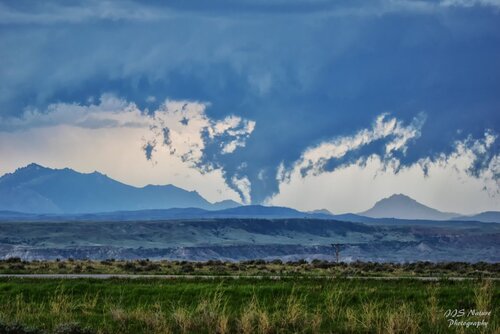 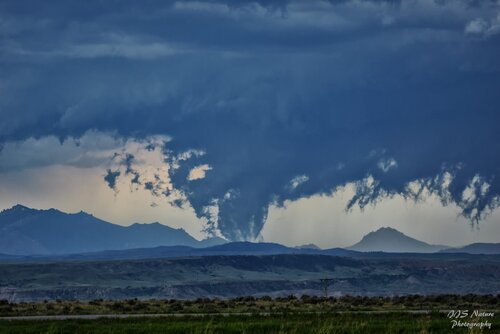 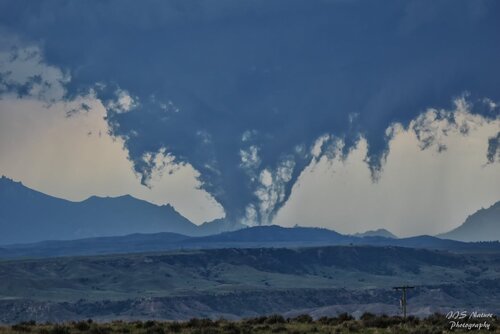 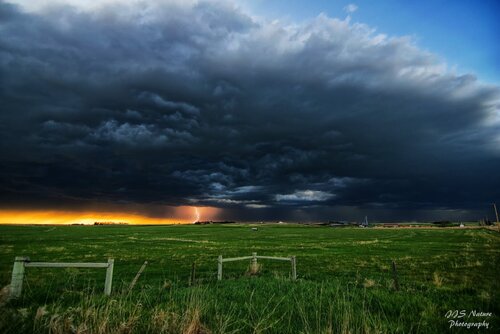 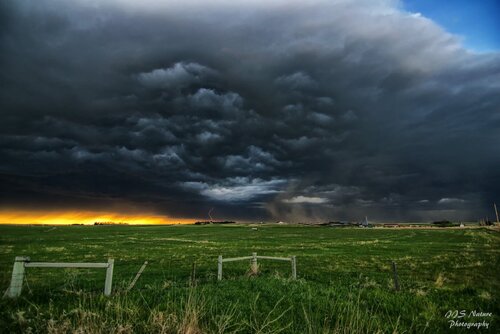