Chased East Central Kansas on last Thursday with Kholby Martin and Russ Smith. Targeted Emporia, KS for supercell development by 7-8pm as the low level jet and mid levels would rapidly improve toward dark. Indeed a supercell thunderstorm got going right around dark (after the Emporia cell died a fast death) north of town, southeast of Alta Vista. Documented 2, possibly 3 tornadoes near Admire, Council Grove, Alta Vista area from a great distance. I saw the Alta Vista tube from over 15 miles away. Here are a few photographs that I took before dark, we saw another funnel cloud after dark too, didn't touch down to my knowledge. 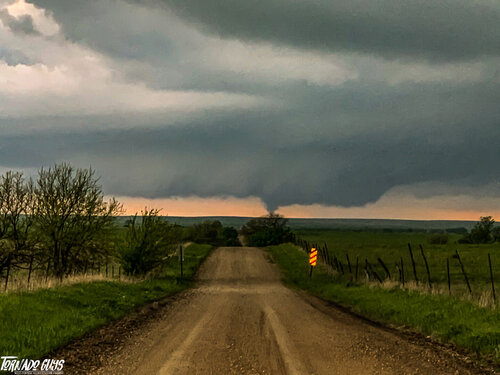 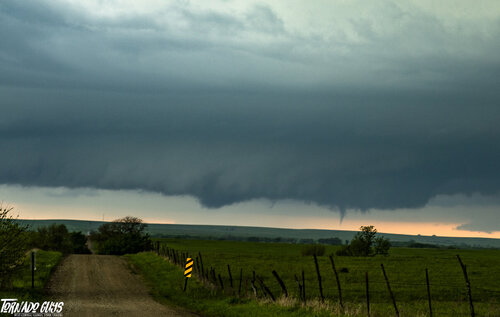 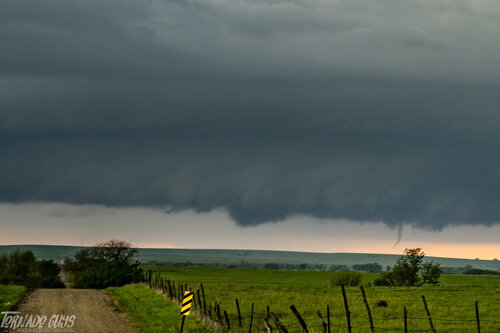 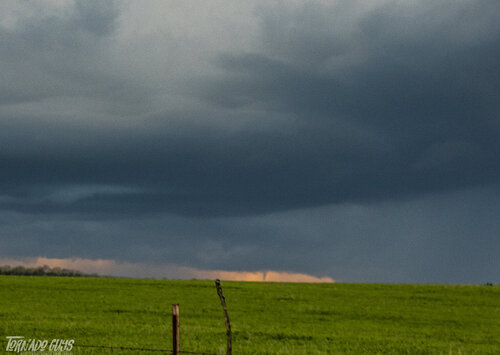 Tornado near Alta Vista, KS as viewed from over 15 miles away 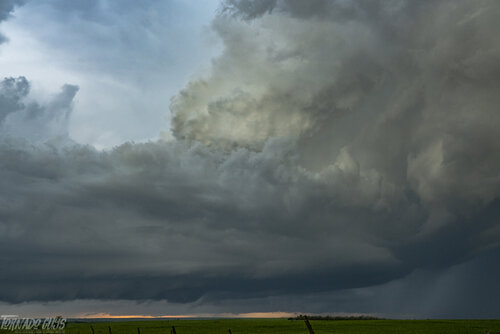 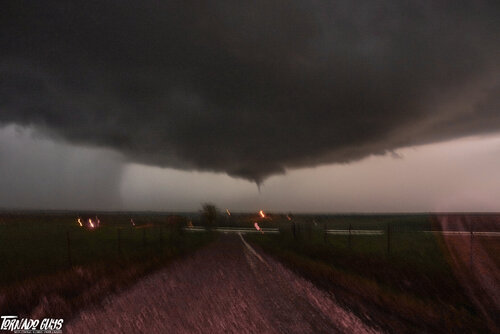 Funnel cloud on another storm after dark
Reactions: GPhillips, Randy Jennings, sdienst and 7 others

Nice snag Ethan! My chase partner and I were also down in Kansas in the same area. We made it to Emporia and waited for initiation. Storms struggled for quite a while as we messed around with a couple of them north of Emporia.
We met up with one storm after 7p that had pretty structure as it was also dying off.
Meanwhile the front itself was starting to light up. It was getting closer to dark and we watched one more cell out ahead of the line produce a non rotating wall cloud, but also started to weaken.
At this point, we decided to head towards the line and at least intercept a severe warned storm. Heading north out of Council Grove, I happened to look to my east to see a funnel 1/2 way to the ground with a storm quite a ways away. We immediately pulled over and watched the funnel go up and down a couple more times. I took some grainy video of the brief funnels. We debated about heading back east towards the cell, but weren't too interested in chasing after dark so we headed on towards home.
On the way home, the storms back near Council Grove and the other small towns in the area had a couple more tornado warnings and an impressive looking radar confirmed tornado.
We made it north of the storms and decided to stop and eat our sack lunches we brought with and enjoy the lightning show to our south. I set up my camera and snagged a bunch of what were probably my favorite set of lightning pics I've managed to get.
Definitely a fun little chase! 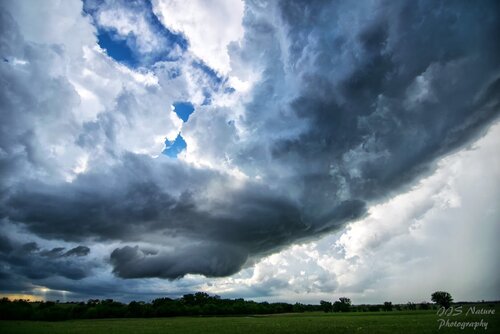 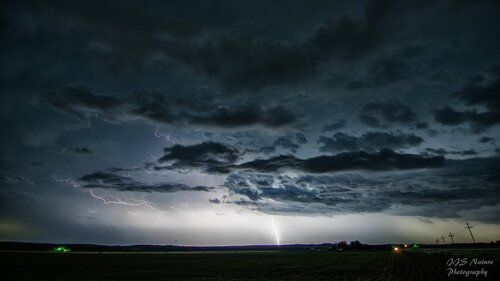 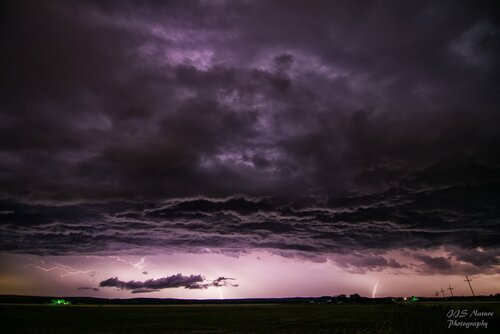 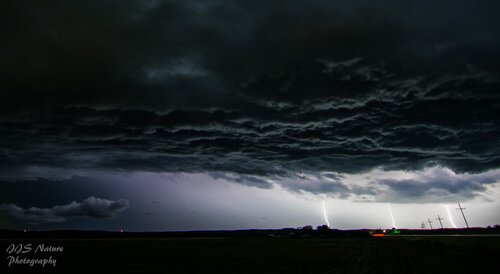 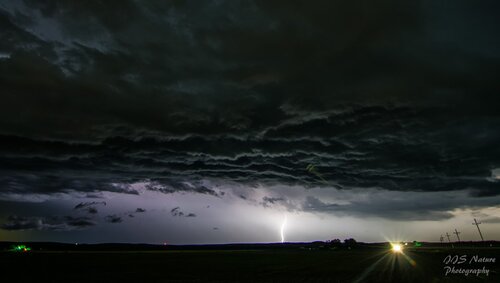 Nice job @Ethan Schisler ... I did something I rarely do and I gave up on the chase around 8pm. It just did not look like it was going to produce ... well obviously it did. Congrats to all that scored!

Below is the cell that everyone saw earlier and about my only decent photos of this day. 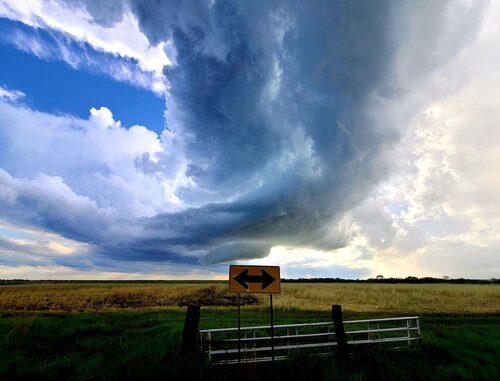 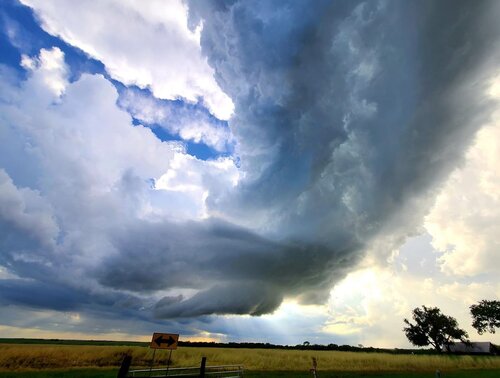 I had about the exact same day as James. Hung around the storms North of Emporia and eventually decided that nothing was going to happen before dark, so we headed to my brother’s house North of Topeka. Around Alta Vista one storm was looking pretty organized so we pulled over to watch. Hunger pains started taking over though, so we bailed shortly before the storm dropped a brief tube. A little later, while heading North on I-75, another storm To the Northwest presented a really nice wall cloud that had an occasional funnel dropping out of it. It was getting dark and you could only see the structure during lightening flashes at this point.
I’m not an after dark chaser anyway, but my desire to get out of the vehicle and get something in my stomach we’re pretty strong at this point, especially because the air conditioning quit on my truck first thing in the morning. 87 degrees and dews nearing 70 can really wipe a Northern boy out which probably contributed to my lack of patience. The picture is almost a replica of James’s pic. 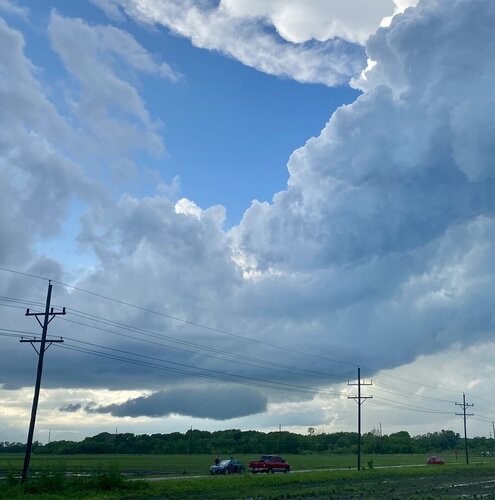 Like most of you, I went to Emporia and got on the storms that went up just north of there... the little LP put on a good show for a brief period of time before it shriveled up. I worked my way north and eventually back west, kinda working along that line of cells. I didn't catch either of the birdfarts as I had kinda started pointing myself back to the south by that point. I eventually ended up south near Eureka on a post-sunset supercell that developed along US-54 just west of Eureka. It was moving stupid slow, and I feel like I sat in front of that thing for an hour waiting to get cored. The storm turned right, kinda diving south as the main line came in and ate it up. I ended up a June-bug infested gas station at Severy and was figuring out the best route to go home as it was well after midnight by now.

I opted to punch straight north to get back to US-54 as there was a lot of lightning in this line and I thought I'd stand a better chance of shooting some on the rain-free backside. Call of the day there for sure... I got somewhere on K-99 north of Climax and spent 90 minutes there shooting the incredible, almost constant crawlers. Running stupid low on gas and now approaching 3am, I jumped on 54 and was going gas up in Eldorado when I caught a glimpse of this lone tree down a dirt road with more incredible lightning illuminating that. I got greedy, turned up the road, and set up shop for another 45 minutes of shooting. I was not disappointed One of my better lightning photo sessions in a few years. Definitely the highlight of the season so far! I rolled home just before 5am... was a long night, but worth every second
Reactions: GPhillips, JL Gacke, Matt Zumbrunn and 8 others

We jumped on the first cells near Emporia. It was a chase in my back yard. They died a quick death. As noted the storms really cranked after dark. We bailed back for the house before things got crazy. Mammatus was in my front yard before everything surged SE. 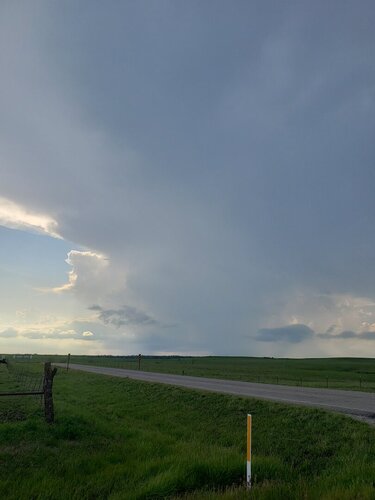 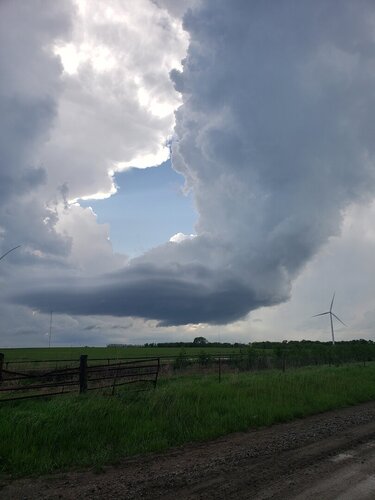 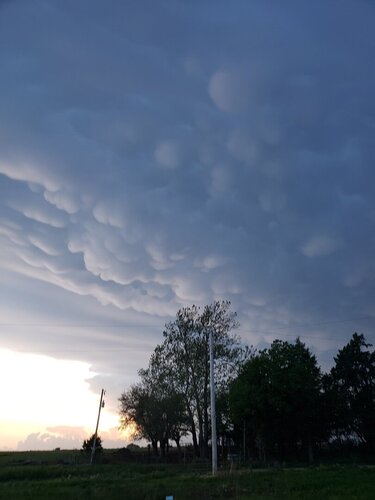 My day started out in Manhattan, just before dipping South Towards Alta Vista just in time to catch the Best action of the Day. After sitting on a Dirt Road just North of the Highway 4/177 Intersection for awhile, I made a quick decision to head back North towards I-70 And Manhattan to positon myself for the storms that started going up along the Front. Looking back I would have probably just stayed South instead of that Move, nonetheless I broke back South just in time to be greeted with a Tornado Warned Cell and Funnels with Narly Cloud Base/ Storm Structure. The day concluded into the Dark with the Mess that was Nearing Emporia before making that my turn around point. After a Very slow start to The Season for Kansas the 14th was a Small Exception... and the only so far. Video of my chase here.

We started the day between Admire and Osage City KS on highway 56 watching towers go up. Things got going a little earlier than expected and the first storm went up right over Emporia. With slow storm speeds and the chance for things to line out early (that didn't happen), our plan was to get close and stay close and we did. We got right under the updraft on the west side of Emporia as it began to develop a little structure. The storm stayed elevated and at times showed some rotation/structure but never really got going. Another storm fired to the west and we immediately got under the base. This storm was clearly stronger, we noted a lot more thunder immediately. We were treated to an amazing high contrast lowering but with no low level rotation (Picture). This storm was also short lived. As storms again fired to our west there was only a little hope left. We did know that the low levels could be improving with time so we continued on. We met our next storm in Dunlap KS. The storm featured a skinny updraft and small wall cloud upon arrival and I thought we would probably watch it twist away into nothing with some cool structure, but things immediately begin to improve. The wall cloud widened and began pulling in rain cooled air forming a nice tail cloud and it started showing rotation (Picture ). We moved in close and got immediately south of the wall cloud, here I noted for the first time all day there was distinct surface flow into the updraft and it was quite warm (Picture). We stayed in this position and tracked the storm through a cycle or two and then we were treated to a couple brief condensation funnels that I'm sure interacted with the ground at some point.(Picture & Video). We also managed to catch a third tornado well to our north at sunset as seen in the video. 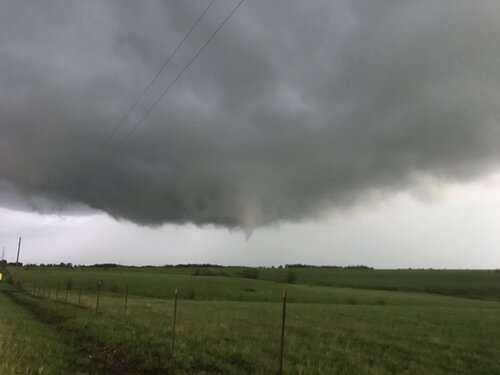 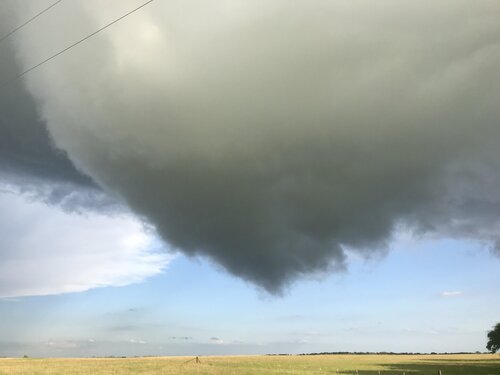 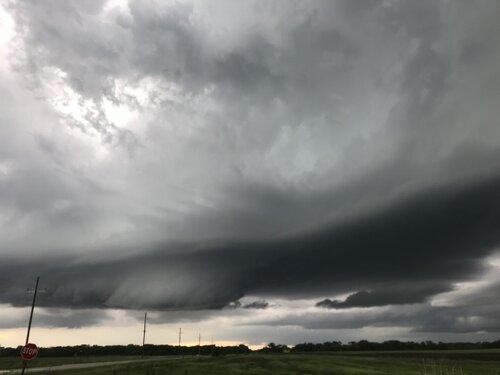 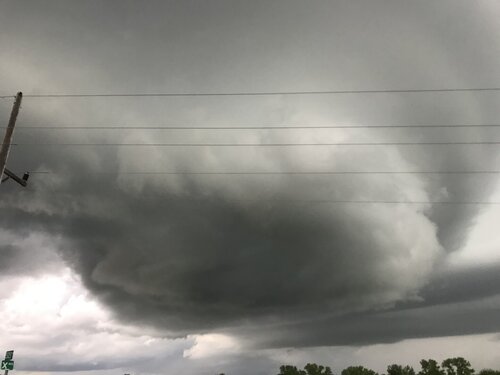