With an open schedule on the 29th, I left Oklahoma City by 5:45 a.m. to make it to northeastern Colorado by early afternoon. As often is the case in eastern Colorado, storms fired a bit earlier than depicted by models, as convective temperatures were breached around 20z. The HRRR was playing catchup with dew-points all day. I figured it was a good sign when lower 60s (even a few brief mid-60s around Burlington, CO) dews were hanging on through midday across eastern Colorado.

The storm I targeted developed near Cope and was rather elevated and multicellular at first. With time, it better organized and proceeded to drop southeast and then south, riding along a moisture gradient. The storm matured into a well-developed supercell around I-70 and continued to intensify, for a bit, as it moved southward. However, over time, the storm was more and more outflow dominant. It never had a classic surface-based look, probably in part thanks to relatively large T/Td spreads. 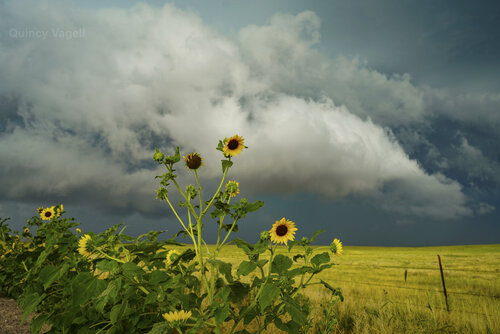 The storm remained visually interesting for quite some time, even though it morphed from a supercell to an increasingly disorganized cluster. With limited moisture to the south and the loss of daytime heating, the storm faded into the night by 00z near Sheridan Lake. 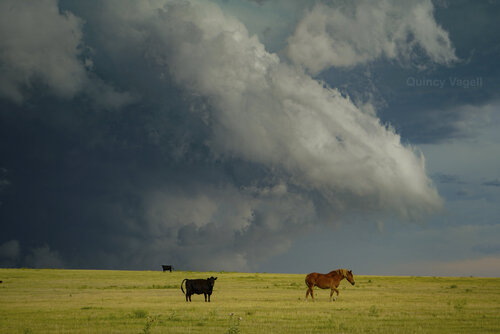 Overall, this chase far exceeded expectations. Colorado is fickle, but I think today was a case of solid moisture for the High Plains (mid-50s to lower 60s dews) and more than ample deep layer shear, working in tandem with weak large scale forcing to keep convection relatively isolated. I've seen plenty of higher CAPE/high shear setups in Colorado bust, simply because convection erupts very early and storm modes get messy before storms have a real opportunity to mature.

I probably took more photos during this chase than any other chase day in the past with well over 100 photos. There many unique photo opportunities and I decided to just go all in with my camera. I wasn't worried about trying to position for a tornado, since the odds of that in this type of setup were close to zero. Also, I was fairly certain that this one storm was the only one within range. The Nebraska panhandle storm(s) were far away and the tornado-warned storm over by Pueblo looked outflow dominant as well and was not worth a risky dart west at the last minute. I generally kept myself a few miles downwind of this storm to be able to catch as much structure as possible in the photos. 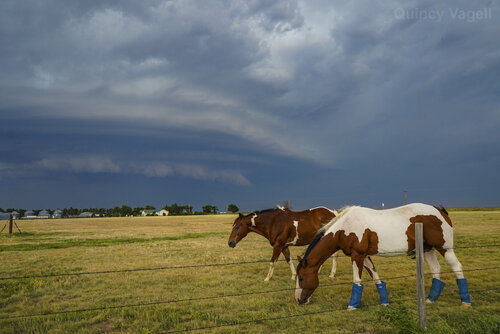 Chase opportunities will likely be limited, if not increasingly rare, as the summer wears on. (climatology and not a lot of flexibility in my schedule) As I usually do, I treat each chase as if it might be my last, or at least the last for a while. This was definitely one of my better chases in Colorado, as I usually have fairly lackluster luck in the state. Monday's long-lived supercell did not disappoint, even if it never came close to producing a tornado.

Condensed video from the chase: