This was one of the rare events in which I was able to chase a supercell, well outside of even a MRGL risk via SPC. With that said, it wasn't even clear at all that I was going to chase until the last minute.

Usually, when leading up to a chase, I am closely monitoring weather forecasts and trends. Even though I had an open schedule today, I was not expecting to chase. I saw that the north-central U.S. had severe threats this week, but that was completely out of range for me. Across Oklahoma and Kansas, a series of MCV features and weak upper level impulses have been pivoting across the region over the past couple of days, but shear has generally been limited. Going into today, once again, shear looked weak, but there was the potential for it to increase toward sunset.

Early this afternoon, storms started to fire in north-central Oklahoma and since I had some errands to run in Edmond, I took my camera and headed north. I quickly shot down the idea of chasing local storms, as outflow was surging south and the sky was very low contrast from my vantage point. I went home and casually looked at data, which was suggesting that the western fringe of this early day convection might become more favorable later in the afternoon, if convective temperatures could be reached. I decided to make a decision by 3 p.m., once I could review new data, as well as radar and satellite trends. The time came and passed, but I was still up in the air about chasing.

By 3:30, I finally made the decision to target northwestern Oklahoma, as satellite was showing attempts and convective initiation. Surface temperatures had warmed into the low to mid-90s, so convective initiation looked more probable than it had based on earlier forecasts. While deep layer shear was still weak, low to mid-level hodographs were enlarged as surface winds backed to southeast. At one point, the VNX VWP sampled about 400 m2/s2 0-3km SRH. That was enough to at least catch my attention.

A few briefly organized, transient supercells formed in far northwestern Oklahoma. One storm in particular near Freedom pulsed up and, for a short time, displayed some supercell structure. Almost as soon as a somewhat organized base was evident, the storm began to collapse. 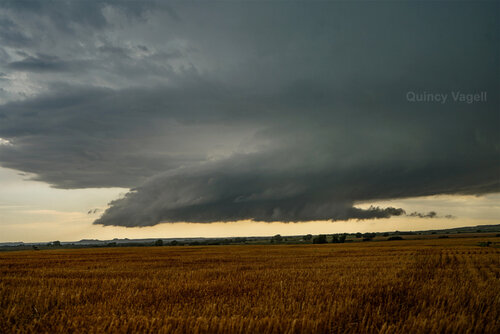 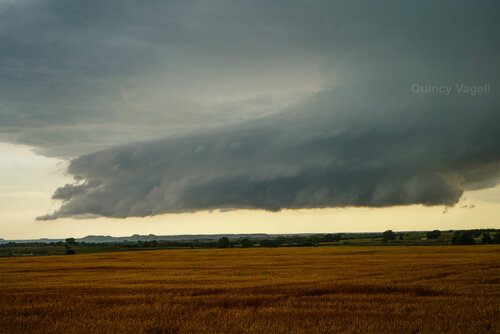 The next move was to start heading home and on the way there, new convection started to fire just northeast of Clinton. It looked like these storms were on the fringe of strong buoyancy, possibly on or near outflow from earlier storms. This convection evolved into a bona fide supercell, which was nearly stationary, at first. 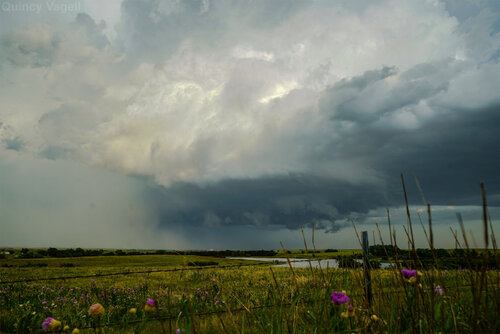 I closed in and a stout updraft could be seen and despite barely marginal deep layer shear (about 25-30 knots, based on mesoanalysis), I had a supercell to chase. As I was parelleling the storm to get south of it, I suddenly noticed an appendage lowering from the storm. A funnel cloud appeared to be forming and for a moment, it seemed possible that a tornado might form. The storm must have been interacting with a remnant outflow boundary, as around the time of the funnel forming, the storm changed direction and began to deviate to the south and eventually south-southwest. 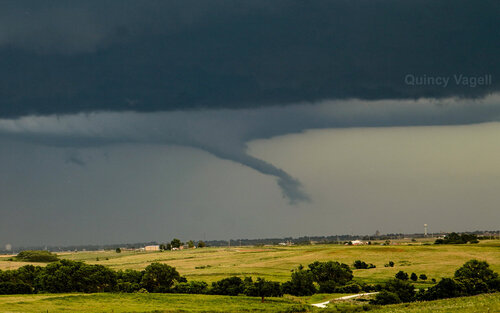 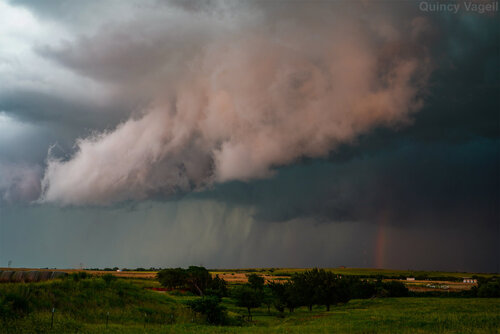 I followed the storm to New Cordell, where it showed some elevated rotation. The storm looked decent on radar, but rotation was not tight and sunset had passed. I moved east to get one last look at the storm before I headed home.

https://twitter.com/i/web/status/1146609535416786945
All else being equal, I would consider this a decent storm chase. Factor in that I was not actively planning on chasing and Oklahoma was not even close to the nearest MRGL risk (which was in northeastern Colorado) and it was a nice little surprise, relatively close to home.
Reactions: Jeff House, GPhillips, Michael Norris and 4 others
You must log in or register to reply here.
Share:
Facebook Twitter Reddit Email Link
Top Bottom