September 23 was an interesting day in central to western Arizona with an upper-level low and tropical moisture in place from Baja, California. I decided to make the trip from southern California into western and central Arizona. 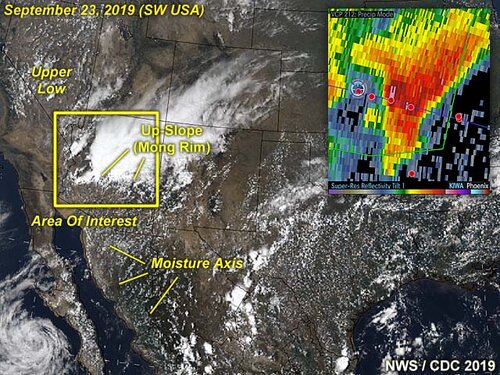 Summary: In the image above, a unique desert monsoon setup is shown for September 23, 2019, with a moisture axis providing tropical moisture from the Gulf of California near Baja and up the Colorado River Valley. Both an up-slope wind flow (prominently shown by the Mongolan Rim) and support from an upper level low pressure system provided both shear and initiation of storms over west-central Arizona. The inset on this annotated visible satellite (around 20z) shows the Phoenix radar reflectivity of a supercell storm over western Maricopa County between 5 and 6 PM MDT.

Sept 23, 5:00 PM - Observation and indirect penetration of a severe and possibly tornadic thunderstorm from near Centennial in La Paz County, Arizona and eastward along and near I-10 into western Maricopa County north of Buckeye. The storm was a supercell storm for some time. Conditions encountered were heavy rains, hail up to nickel sized, frequent lightning with some close hits, and winds exceeding 50 MPH. The core of this storm was indirectly penetrated. The storm had a striking visual appearance, with striated updraft, inflow tail, and wet RFD slot, unusual for a desert environment. A funnel and rotating wall cloud was observed on the leading edge of this storm before becoming outflow dominant. Conditions causing the storms were surface heating, tropical moisture (from the Gulf of California), an upper level low pressure system, surface trough, and orographic lift (from the Mongolan Rim up-slope). Documentation was digital stills, audio, and HD video. A 2019 Jeep Wrangler was used to chase the storms. A severe thunderstorm watch was also valid for the area until 9 PM MDT (8 PM PDT). 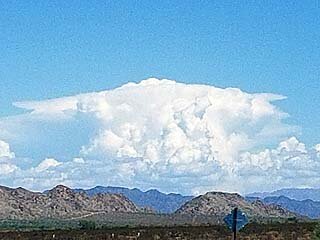 Above: A developing supercell looms over the desert / mountainous terrain looking east from eastern California into far western Arizona. This was a supercell storm near Blouse, Arizona on September 23, 2019. 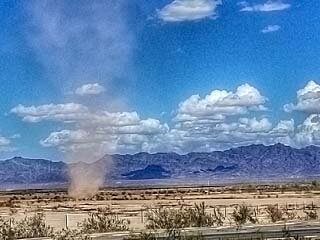 Above: A dust devil churns just north of Interstate 10 near the eastern California / western Arizona border on September 23, 2019. 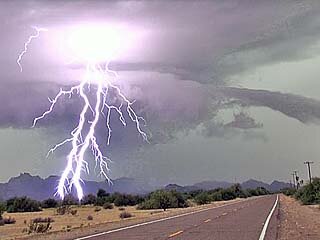 Above: Incredible lightning and supercell structure (note beavers tail to the right) in La Paz County, Arizona on September 23, 2019. The view is to the west and southwest. 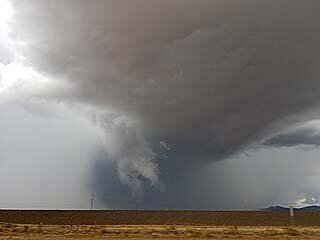 Above: RFD region with wall cloud and forward-flank funnel as a supercell storm approaches western Maricopa County, Arizona on September 23, 2019.

Definitely not a bad chase. I even met up with other chasers Greg Ansel and Will Wilkens out in the field west of Phoenix!
Reactions: Jeff House, David Yates, Shawn Schaefer and 5 others