Delayed post and not too noteworthy, but why not..

I ended up intercepting the storm near Ashton IL, a bit after it had gone tor warned. Upon arriving, the storm was interacting with the warm front, and made a serious attempt at wrapping up and producing. Unfortunately, due to the warm front being in a NW/SE orientation, there was a small window of opportunity to produce..in which it did not succeed. I followed along east with the storm for a bit longer just in case it tried to do something interesting, before dropping off of it and ending the short chase. On the way home, another storm developed and went severe/tor warned south of the original storm. It was well north of the warm front, even so tried its best to do something...but ultimately failed as well. 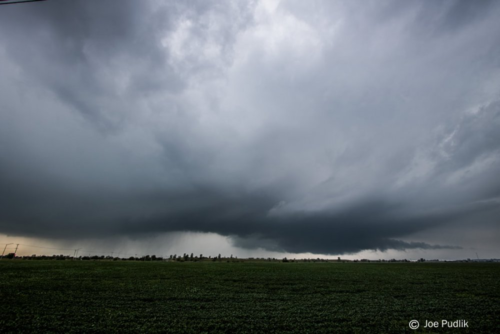