I just found this video of the August 18, 2005, Stoughton, WI, tornado. It's the best I've seen of this tornado. I like it for its almost complete lack of commentary. For the most part, all you hear is the sound of the inflow winds through the trees and corn, the rumble of thunder, the random clack of hailstones, and the gathering roar of the tornado. It's an eerie, scary video, and part of its emotional impact for me lies in the fact that it was taken not by a storm chaser but by someone who lived close to its path.

I remember that evening. I was watching TWC while on break during a jazz gig in Hastings, MI. I saw that supercell on the radar and thought, "Man, I wish I was there."

What a video Bob! And to think, it's about everything a storm chase would ask for - he sat the there in one spot, rain free, close to the tornado and could film it for 10+ minutes as it goes by...but instead of you driving out to position yourself, you're just sitting in your backyard. Scary thought.

chrisbray said:
And to think, it's about everything a storm chase would ask for - he sat the there in one spot, rain free, close to the tornado and could film it for 10+ minutes as it goes by...but instead of you driving out to position yourself, you're just sitting in your backyard. Scary thought.
Click to expand...

I was living with my parents just north of Stoughton at this time. The tornado crossed the north end of our subdivision about 1/3 mile away, causing its only fatality there. It still eats at me that I could have had much the same experience as this videographer, were it not for the fact that our house is surrounded by trees. I only got about ten seconds of video of debris falling out of the sky above our house under violently churning clouds, before I took shelter with my mom and our cat in the basement. After the winds died down and we emerged from shelter, I got some footage of the jaw-dropping structure of the receding supercell, and caught a small powerflash caused by the tornado on video, but it was obscured by rain and I never even got a good look at the tornado itself thanks to all the #*@! trees.

We lost a few medium-size tree limbs at worst, and our yard was littered with debris including bits of insulation and sheet metal, the lid off a box of Russel Stover chocolates, and a small children's book. The houses immediately north of us had a couple of trees snapped halfway up or tipped over at the roots.

Ironically this is the kind of event that ignites an interest in (or fear of) severe weather & tornadoes in many people, but I was already a certified "weather geek" and member of ST for about a year by that time. This day also imbued in me a healthy dose of skepticism for the SPC outlooks, since we set our state-record tornado outbreak including this long-tracked, borderline violent killer on a day when we were barely on the edge of the 2% zone on the 1630 update, and only added into the 5% on the 20Z.

One of those days where the target area keeps inching further away from you - but it would have been worth sticking with. Originally I was targeting northern Illinois that afternoon and even got as far as heading up Interstate 39, but it became clear that the action would be well into Wisconsin and I eventually called the chase and turned around. Strictly speaking, a potential cap bust 5 hours away in Wisconsin didn't sound great. My chase partners who I'd originally been planning to meet up with of course had a great time documenting the Stoughton tornado.

I remember your near-miss too, Andy! 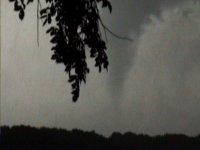 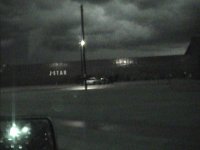 My group chased that day as part of the local spotter network. We caught 18 of 26 tornadoes on video that day, including a long-distance shot of the Stoughton tornado. At one point we were within 50 feet of the dissipating Badger Ammo Plant tornado. The day ended with a night shot of a tornado near Fort Atkinson.

That's was a busy day in Southern WI for sure. Ran the local net for MidWest for that event. Good way to break in some new systems.
Folks did a great job that day overall!
You must log in or register to reply here.
Share:
Facebook Twitter Reddit Email Link
Top Bottom