This is my chase / observation log for tropical storm Gordon as is passed over the South Florida area. Details are below...

Summary: This area shows pictures taken from observations of tropical storm Gordon on the South Florida east coast in early September 2018. The tropical storm passed south of the area, crossing the northern Florida Keys and south Florida with the right side of the storm causing heavy rains and sustained winds of about 45 MPH on September 3. The storm continued west into the southeastern Gulf of Mexico, eventually coming ashore a day later as a strong tropical storm / minimal hurricane on September 4 near the Alabama / Mississippi coastal areas. The section here is for observations on the SE coast of southern Florida - Particularly near Dania Beach in Broward County, Florida. 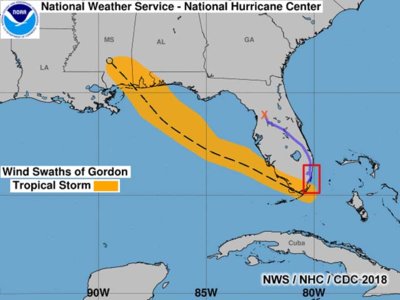 This is a chase map for tropical storm Gordon, mainly for September 3, 2018. The storm path (based on the National Hurricane Center) is shown originating to the southeast of southern Florida through the landfall point near and just west of the Alabama / Mississippi border on the northern Gulf coast. The box indicates the area where most of the observtions were done. The blue line is the chase path (terminating with a red "X" near Ocala as I opted out of continuing towards a second intercept in the northern Gulf coast, and turned around on September 4.

Video of tropical storm Gordon is below... 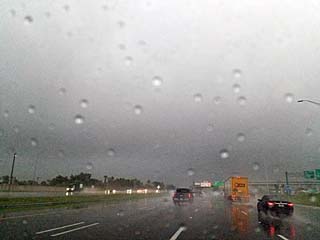 Above: Heavy rains during the early morning of September 3, 2018 as feeder bands (rain squalls with tropical storm forced winds) move into South Florida. This is looking southward on I-95 near Fort Lauderdale. 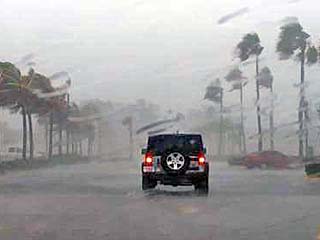 Above: Picture of my chase vehicle in the storm at Dania Beach. Picture taken by Derek Sibley. 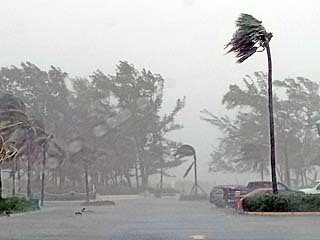 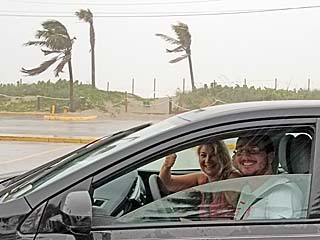 Above: Meeting up with meteorologist Derek Sibley (and his mother riding along) in Dania Beach, Florida during the morning of September 3. 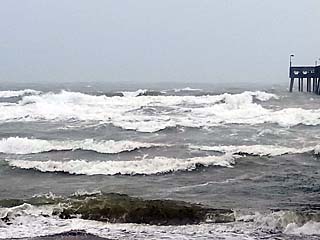 Above: View of large waves breaking on the north side of the Dania fishing pier. 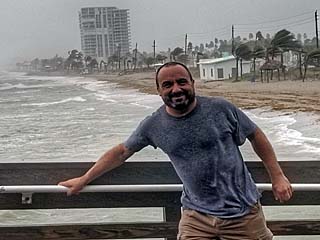