Chased a very marginal cold core tornado setup today in Eastern Iowa with Jesse Risley and Kholby Martin. Ended up scoring a wedge tornado near Williamsburg, Iowa around 2pm. Noted a wall cloud shortly before 2pm north of North English and then noted what appeared to be a possible tornado on the ground before getting further confirmation of a wedge in progress. Crossed the damage path twice, once on rural roads SW of Williamsburg, IA and then again on I-80 moving E where tree damage was done, along with damage to a sign, and a flipped truck.

As far as I can tell this was the first tornado warned event since 1986 (when records began being kept on warnings) in the state of Iowa. My shots are less than stellar as we battled poor roads, however for Mid January, I will most certainly take it. 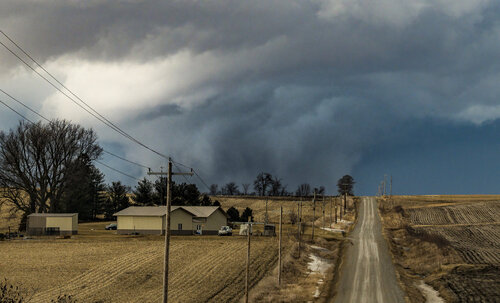 Wall cloud with multiple vortices below it south of Williamsburg, Iowa around 2pm this afternoon. 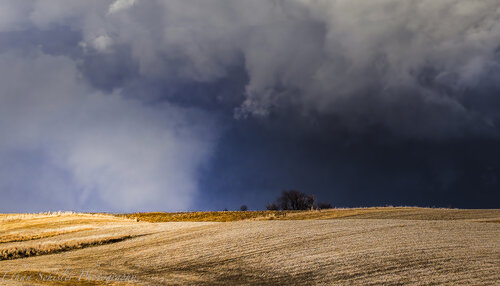 Large tornado on the ground outside of Williamsburg, Iowa around 2pm with a lot of chaotic motion and multiple vortices. 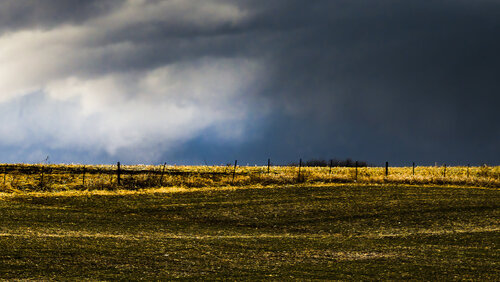 Distant wedge tornado moving back into the rain near Williamsburg, Iowa. Likely crossing I-80 at this time. The LCLs here were very low, we were right on the warm front with temperatures in the 50s. 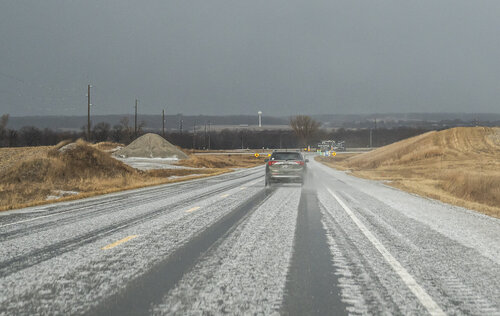 Later while back-tracking through the damage path we came across a significant amount of hail accumulation N of Williamsburg, Iowa. Most of it was sub-severe type hail (less than 1"). And that wraps up storm chase #1 of the 2023 season.
Reactions: Jesse Risley, sdienst, Bobby Little and 11 others 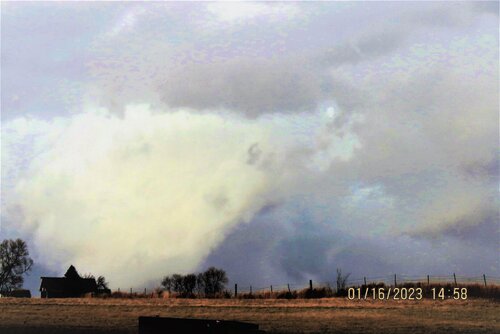 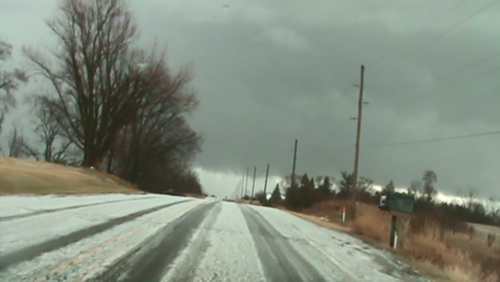 Caught up with this weak wedge tornado near Williamsburg and then heavy small hail north of I80.
Not bad for mid January chase right in my backyard.
Reactions: sdienst, Jordan A. and Mark Gressman Jr
You must log in or register to reply here.
Share:
Facebook Twitter Reddit Email Link
Top Bottom